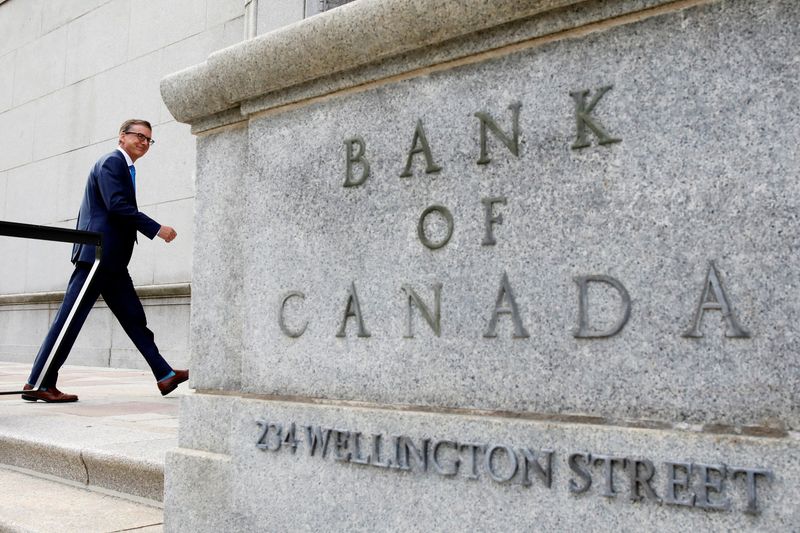 OTTAWA (Reuters) -Lower-income Canadians will be disproportionately affected by the slowdown in economic activity that is needed to ease inflationary pressures, Bank of Canada Governor Tiff Macklem said on Monday.

Macklem, in opening remarks to the fourth annual Conference on Diversity, Equity and Inclusion in Economics, Finance and Central Banking, also reiterated that inflation is too high and challenges remain as the central bank works to lower it.

The Bank of Canada has hiked its policy rate by 350 basis points since March to 3.75%, in one of its sharpest tightening campaigns ever, and late last month it forecast the Canadian economy would stall through the first half of 2023.

"Slowing economic growth will disproportionately affect our most vulnerable households," he said. "High inflation and high interest rates to combat inflation put an additional burden on our lowest-income households."

Canada's inflation rate has eased to 6.9% from a recent peak of 8.1%, but remains far above the central bank's 2% target. Analysts surveyed by Reuters predict that inflation remained at 6.9% in October. The data is due to be released on Wednesday.

Macklem noted that while everyone feels the pinch of high inflation, the burden is heavier on lower-income households as they spend a greater portion of their income on necessities and have smaller financial cushions.

"Unfortunately, there is no easy out to restoring price stability," he said. "But once we rebalance demand and supply, growth will pick up, our economy will grow solidly, and the benefits of low and predictable inflation will be restored."