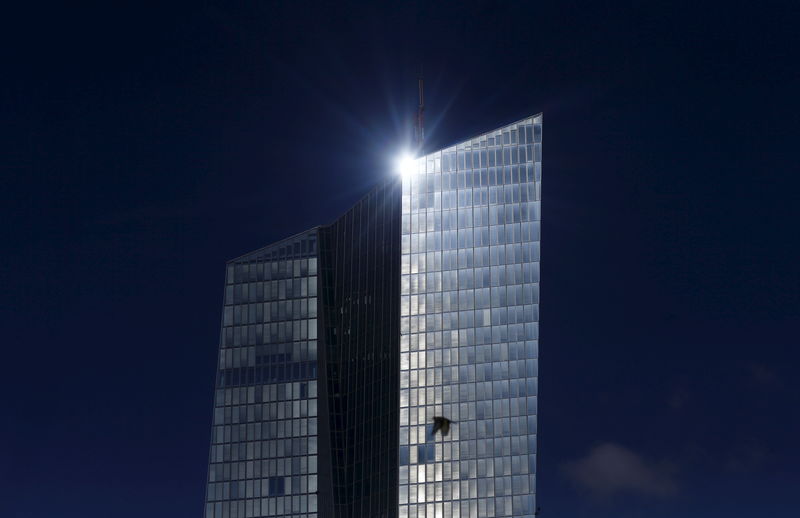 Investing.com -- The European Central Bank raised its key interest rates on Thursday for the first time in over 11 years, going beyond its own guidance as it tries to bring down inflation from record highs.

The ECB said it will raise the rate on its deposit facility, which provides the effective floor to euro money market rates, by 50 basis points to 0%, ending a nine-year experiment with negative official interest rates. The refinancing rate and the marginal lending rate will also rise by 50 basis points respectively to 0.5% and 0.75%.

The bank had said at its last meeting that it intended to raise the deposit rate by 25 basis points in July, with a larger hike possible in September depending on the progress of inflation. The annual rate of inflation in the Eurozone rose by more than expected to 8.6% in June, according to data released earlier this week by Eurostat, prompting an abrupt recalculation by the central bank.

As a result, the ECB signaled it would no longer provide forward guidance, which it has used for over 10 years, overwhelmingly to reassure them that there would be no immediate tightening of policy.

"The frontloading today of the exit from negative interest rates allows the Governing Council to make a transition to a meeting-by-meeting approach to interest rate decisions," it said, adding that future actions would be "data-dependent".

The central bank said it had taken its surprisingly aggressive decision having simultaneously approved a new policy instrument that is intended to be a kind of safety net for government bond markets. The so-called 'Transmission Protection Instrument' aims to keep volatility in Eurozone government bond markets within reasonable levels but is unlikely to stop long-term market rates rising in absolute terms as it raises official ones.

"The TPI...can be activated to counter unwarranted, disorderly market dynamics that pose a serious threat to the transmission of monetary policy across the euro area," the ECB said in its statement, adding that there will be no 'ex-ante' limit to the scale of interventions made under the program and noting that their scale "depends on the severity of the risks facing policy transmission".

ECB President Christine Lagarde will hold her regular press conference at 08:45 AM ET (1245 GMT), a quarter of an hour later than usual.