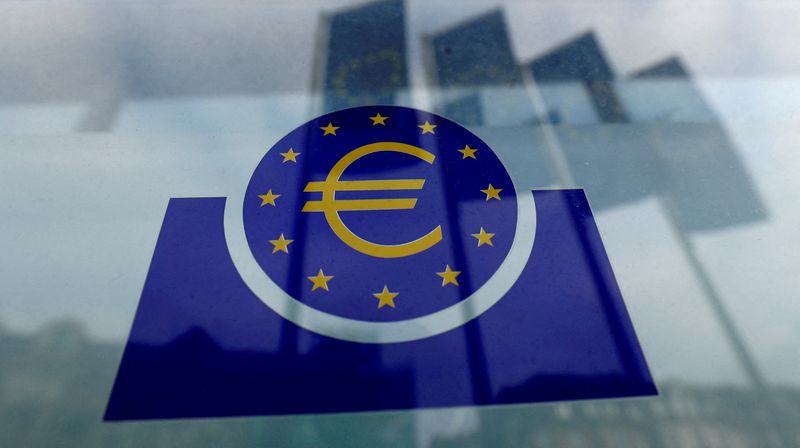 FRANKFURT (Reuters) - The European Central Bank should raise interest rates from record lows in July but could already outline its rate expectations for the coming months at its June 9 meeting, ECB policymaker Madis Müller said.

With euro zone inflation at a record high 7.5%, nearly four times the ECB's target, pressure is growing on the bank to claw back stimulus and several policymakers are pushing for faster "normalisation", including the end of asset buys and rate hikes.

In the first step, bond purchases need to end in early July, as stipulated by the bank's guidance, but bringing this move forward is also possible, according to Müller, who is Estonia's central bank governor.

"We could even discuss if we should end purchases a few weeks earlier," Müller said. "The real issue is interest rate increases and we shouldn’t have much of a delay there either."

"The recent data confirm that the monetary policy stance is not appropriate given where inflation is and given inflation expectations," Müller told Reuters in an interview.

While a rate hike in June would break the bank's promise to end bond buys first, the ECB could already send a strong signal on June 9 about the imminence of a rate rise, which would be the first in over a decade.

ECB board member Isabel Schnabel and Bundesbank chief Joachim Nagel, influential voices on the rate-setting Governing Council, have both made the case for a July rate increase, as did a host of other policymakers.

The first increase should then be followed by several more this year and the deposit rate, now at minus 0.5%, could be back in positive territory by the end of the year, Müller added.

"Even if we go by 25 basis point increments, we may get to a positive rate by the end of the year. For the time being, 25 basis points would be an appropriate increment."

The U.S. Federal Reserve hiked rates last week by 50 basis points and similar moves are likely at its next two meetings. But the European job markets is cooler and the war in Ukraine has made a bigger impact on the 19-country euro zone, so the ECB can afford to be more gradual.

Markets currently price in 90 basis points of rate hikes for the rest of the year or between three and four 25-basis-point moves.

Müller said he was not worried about the widening spread between the yields of the bloc's core and periphery since this was a natural, expected response of markets.

The bank should nevertheless contain any "unwarranted" widening of spreads, even if it should not pre-commit any new tool to tackle market turbulence.

"When it comes to specifying how such a tool would work, I’m not sure we can do that in advance," Müller said. "It needs to be designed specifically to the nature of the situation at hand."

For the text of the Q&A with Müller, click on: