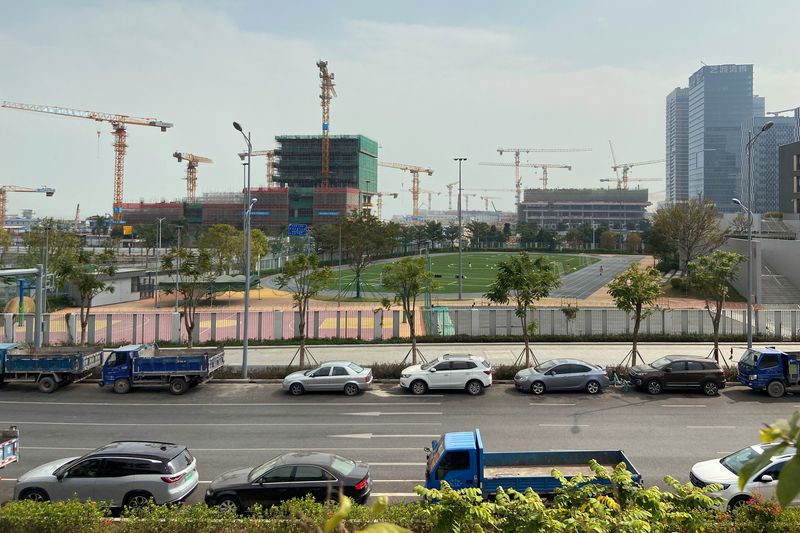 BEIJING (Reuters) - China's property investment fell 10.0% year-on-year in 2022, the first decline since records began in 1999, compared with a decline of 9.8% in the first 11 months of the year, official data showed on Tuesday.

Property sales by floor area dropped 24.3% in 2022 from the same period a year earlier, the most since the data became available in 1992，compared with a fall of 23.3% during January-November, according to data from the National Bureau of Statistics (NBS).

Funds raised by China's property developers slumped 25.9% on year, after tumbling 25.7% in January-November.

Chinese authorities have rolled out a flurry of support policies targeting homebuyers and property developers in recent weeks, to relieve a long-running liquidity squeeze that has hit developers and delayed the completion of many housing projects.