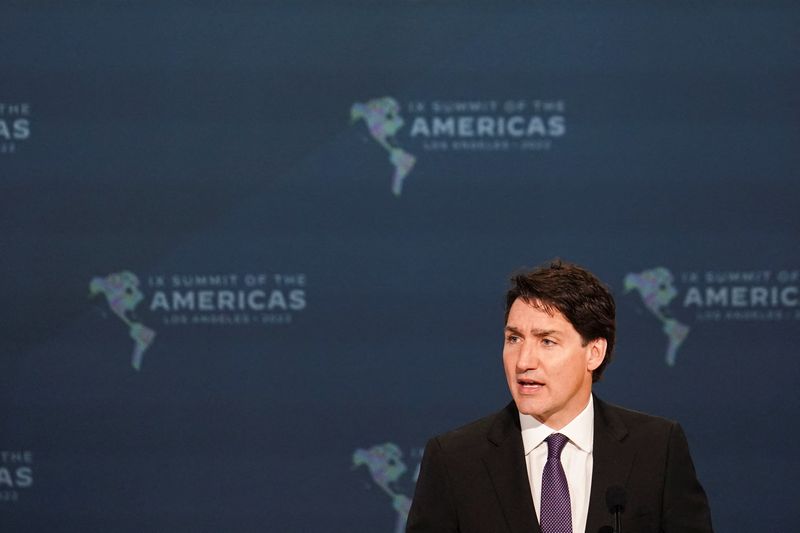 OTTAWA (Reuters) - Canadian Prime Minister Justin Trudeau on Tuesday said his government was watching rising interest rates "with concern," when asked about the impact higher borrowing costs are having on housing affordability in the country.

"We know full well that housing prices are a real concern, especially for middle class Canadians hoping to buy their first home," he said, speaking to Parliament by video conference after testing positive for COVID-19. "We're watching interest rates with concern."

The Bank of Canada raised rates to 1.5% from 1.0% this month and signalled more increases are coming. Some Canadians who took out mortgages during the pandemic could see their payments jump by 45% in 2024-25, according a scenario the central bank released last week.