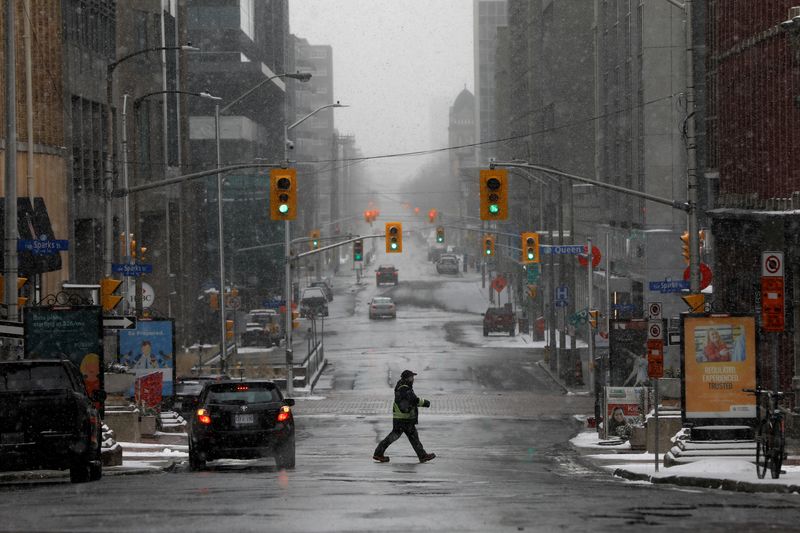 (Reuters) - Canada's most populous province of Ontario on Thursday forecast steadily declining deficits over the medium term helped by a strong economic recovery, and projected a return to surplus by 2027-28, two years earlier than forecast in the previous budget.

Ontario, home to just under 40% of Canada's 38.2 million population, is one of the world's largest sub-sovereign borrowers.

The government of Premier Doug Ford will not be able pass this financial plan as there was not enough time for it to go through the process before next Wednesday, when the legislature is dissolved and the election campaign officially begins.

If the ruling party is re-elected on June 2, they will be able to bring this budget back to the legislature and pass it then. Ford's Progressive Conservative party swept to power in the elections in 2018, ending 15 years of Liberal rule.

The budget also focused on building infrastructure like highways and hospitals with a plan of spending C$159 billion over 10 years.

Of that planned spending, C$25 billion would be for highway projects' planning and construction, Ontario Finance Minister Peter Bethlenfalvy said while presenting the budget.

The net debt to gross domestic product ratio is projected to be 40.7% in 2021–22, 8.1 percentage points lower than the forecast presented in the 2021 budget.

With an election looming, Ontario is aiming to rein in surging home prices with populist measures like a bigger foreign-buyer tax. Ford recently laid out plans to "cut red tape" on new home construction and boost the foreign-buyer tax to 20% from 15%, while also expanding it to cover the entire province.

Ontario will spend C$4 billion to support high‐speed internet access to every community by the end of 2025 and nearly $14 billion in capital grants over 10 years for schools and child care spaces.