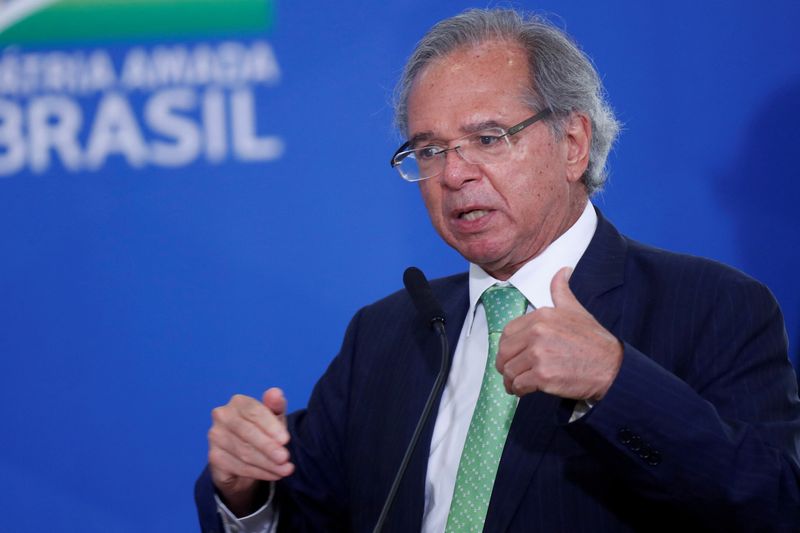 BRASILIA (Reuters) - Brazil's Economy Minister Paulo Guedes said on Monday the country could propose a leaner version of a tax reform to increase taxation on the super-rich and reduce corporate taxes.

Speaking at the launch of a government panel to monitor investments, he also said that the country is working with the Organisation for Economic Co-operation and Development (OECD) so that countries that preserve natural resources are paid for doing so.