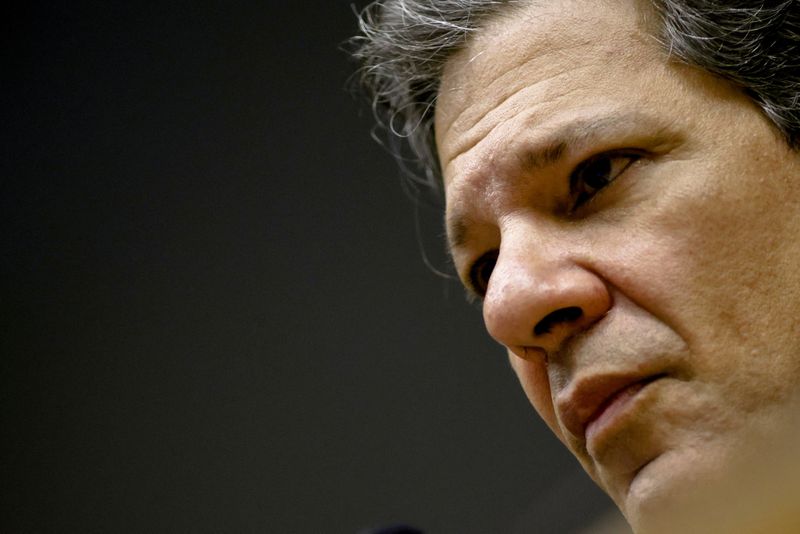 (Reuters) - Brazil's delegation arrives at the World Economic Forum (WEF) with a commitment to defend democracy and the sustainability of both its public accounts and the environment, Finance Minister Fernando Haddad said on Monday.

Speaking to journalists at his hotel in Davos, Switzerland, Haddad said that Brazilian institutions "gave a very immediate response" after supporters of former President Jair Bolsonaro stormed government buildings in Brasilia on Jan. 8.

"Brazil is committed to the electoral result, to democratic rules, freedom, individual freedoms, respecting constitutional guarantees," said the minister, who is representing the country at Davos along with Environment Minister Marina Silva.

He stressed that the economic model defended by the newly inaugurated government of leftist President Luiz Inacio Lula da Silva is aiming to boost economic growth with fiscal and environmental sustainability, as well as social justice.

Later on Monday, Haddad will meet Achim Steiner, head of the U.N. Development Program, and the new president of the Inter-American Development Bank, Brazilian Ilan Goldfajn.

Haddad and Silva will discuss the country's economic, social and environmental roadmap in a WEF panel on Tuesday.

"We can think about the reindustrialization of Brazil based on sustainability," said Haddad, after saying that the country wants to resume its environmental commitments by combatting deforestation and advancing in renewable energy.

The minister presented last week an ambitious plan to more than halve the government's estimated deficit this year by boosting tax revenue and trimming expenditures.