BOJ's Kuroda says weak yen may push up cost of living, hurt households more than before 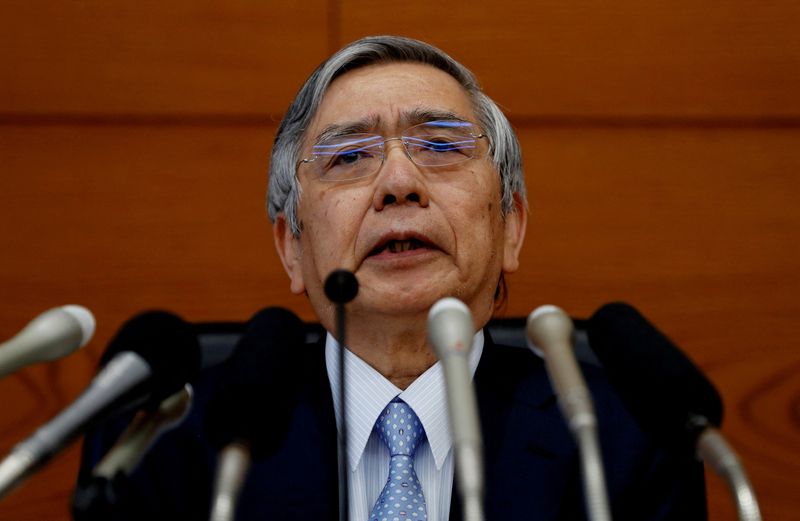 TOKYO (Reuters) -Bank of Japan (BOJ) Governor Haruhiko Kuroda said on Thursday a weak yen may be hurting households more than in the past, as the country's increasing reliance on more expensive raw material imports pushes up the cost of living.

Kuroda's remark, made at a conference in the Japanese capital, is his most direct acknowledgement to date of the potential disadvantages of a weak yen, highlighting a growing concern among policymakers of the hit to Japan's fragile recovery from a steady rise in input costs.

"The yen's depreciation might have an increasing negative impact on household income through price rises," Kuroda told a gathering of business leaders.

Still, he said, a weak yen can hurt households and domestic retailers by pushing up import costs, a trend that may be intensifying due to Japan's increasing reliance on imports.

"A quantitative analysis by the Bank's staff shows that the effects of the yen's depreciation in terms of pushing up prices of durable goods have increased in recent years," Kuroda said.