BOJ to keep rates low, any change to policy will be gradual - ex-board member 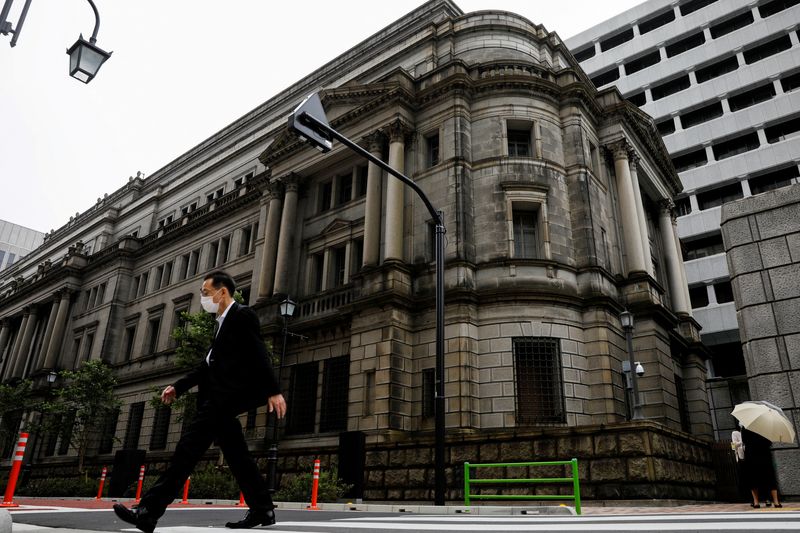 © Reuters. FILE PHOTO: A man wearing a protective mask walks past the headquarters of the Bank of Japan amid the coronavirus disease (COVID-19) outbreak in Tokyo, Japan, May 22, 2020.REUTERS/Kim Kyung-Hoon/File Photo/File Photo

By Leika Kihara and Divya Chowdhury

MUMBAI (Reuters) - The Bank of Japan won't make any quick or drastic changes to its monetary policy framework and is likely to keep interest rates low, even as this week's board reshuffle brought in less dovish members, former BOJ policy board member Sayuri Shirai said on Tuesday.

Shirai expected any change in policy from the BOJ to be gradual and carefully orchestrated, which in the near-term could include widening the band of its yield curve control (YCC), so as not to fuel speculative activity in the markets.

"Most likely scenario is expanding 10-year yield target range. Of course, new (BOJ) governor may do more flexibility," she said, adding however, that she did not expect any "big major change".

As part of its efforts to fire up inflation to its 2% target, the BOJ guides short-term rates towards -0.1% and caps the 10-year bond yield around 0% under its YCC policy.

Shirai believes inflation in Japan was "just temporary," driven by commodity price shocks and exacerbated by the yen's depreciation, but not supported by a significant rise in household consumption. She did not expect to see a sharper depreciation in the yen going forward.

"Prices may remain high, but rate of inflation is likely to decline. Clearly, we will see a decline in inflation from April next year... from around 2% to a little above 1%," Shirai said.

With interest rates and inflation rising across the globe, markets have been rife with speculation the BOJ could dial back stimulus once the dovish Governor Haruhiko Kuroda departs.

"Depending on market condition, if time arose, it's possible the BOJ will do discontinuation of additional flexibility. But probably with any possibility of speculation, I think BOJ will be very careful," Shirai said.