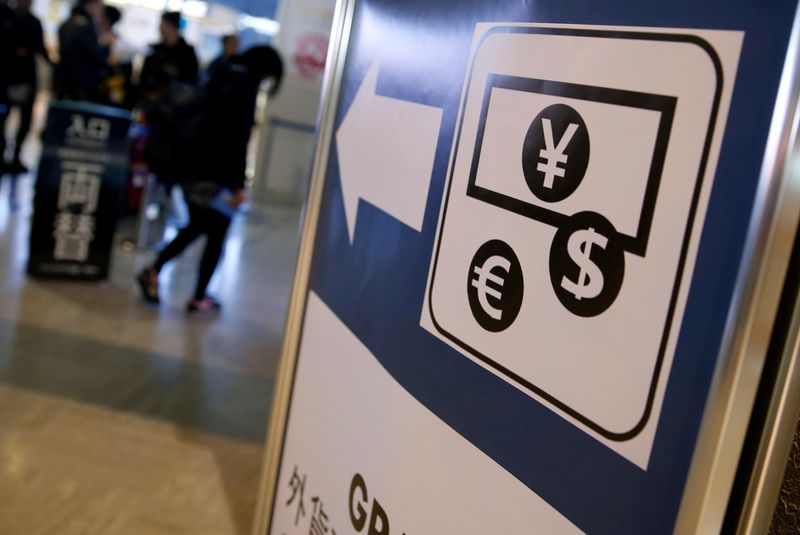 © Reuters. FILE PHOTO: Currency signs of Japanese Yen, Euro and the U.S. dollar are seen on a board outside a currency exchange office at Narita International airport, near Tokyo, Japan, March 25, 2016. REUTERS/Yuya Shino

Kuroda said he exchanged views with the prime minister on the global economy and financial markets at the meeting, which was part of a routine gathering of the two sides.

The BOJ maintained ultra-low interest rates on Friday and vowed to defend its cap on bond yields with unlimited buying, bucking a global wave of monetary tightening in a show of resolve to focus on supporting a tepid economic recovery.