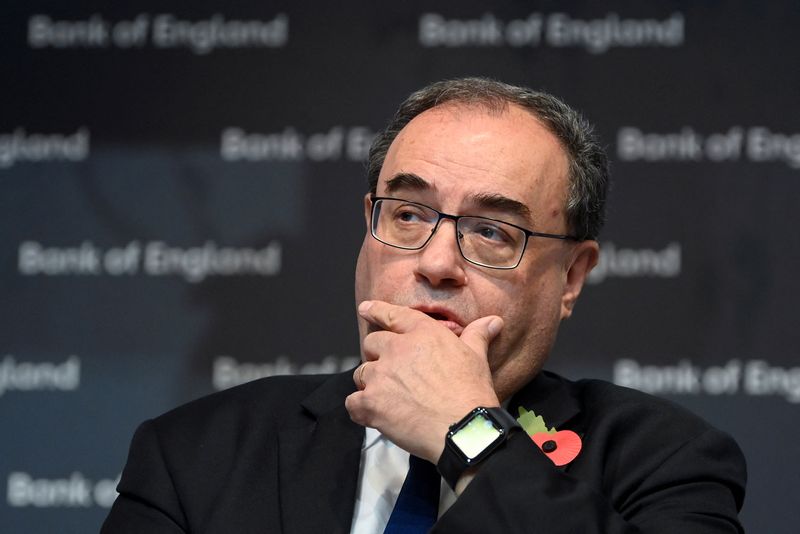 LONDON (Reuters) - Bank of England Governor Andrew Bailey criticised a plan being considered by Britain's government to give itself veto powers over post-Brexit financial rules written by independent watchdogs, including the British central bank.

Bailey said the proposal might complicate Britain's attempts to restore its reputation internationally after the recent turmoil in financial markets caused by the short-lived economic programme of former prime minister Liz Truss.

"We have damaged our reputation internationally ... it will take longer to rebuild that reputation that it will do to correct the gilt curve," he said.

The government has said it will delay proposing the new powers for the finance ministry after opposition from the BoE, leading to speculation that it will be watered down or shelved.