Biden to tour damage from Colorado's most destructive wildfire 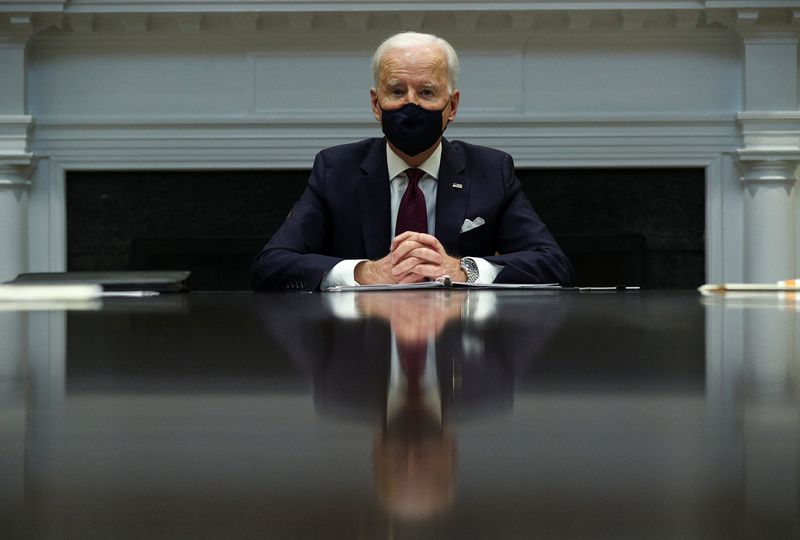 Two people were missing and feared dead after the wind-driven Marshall Fire, the most destructive in the state's history, incinerated more than 1,000 homes on Dec. 30-31. Human remains believed to belong to one of the missing were recovered on Wednesday.

The prairie grass fire in Boulder County, on the northern outskirts of the Denver metropolitan area, scorched over 6,000 acres in about two hours, officials said, with flames at times devouring football field-size stretches of drought-parched landscape in seconds.

Biden's trip to Boulder County, where he will tour a Louisville neighborhood and meet with families displaced by the blaze, marks his second as president to Colorado and his second focused on wildfires.

Biden has declared the scene of the latest blaze on the eastern fringe of the Rocky Mountains a national disaster, freeing up federal funds to assist residents and businesses in recovery efforts.

The normal wildfire season in Colorado does not typically extend into the winter thanks to snow cover and bracing cold. But climate change and rising global temperatures are leaving vegetation in parts of the western United States drier and more incendiary.

Insured losses from the fire, which laid waste to parts of the towns of Superior and Louisville, are expected to run about $1 billion, according to catastrophe modeling firm Karen Clark & Company.

The president's primary legislative initiative, the Build Back Better Act, would funnel billions of dollars to increased forest management, firefighting and efforts to reduce carbon emissions.

The bill, opposed by Republicans, passed the Democratic-controlled House of Representatives in November. It must still pass the Senate, where it has yet to secure the needed support of all of Biden's fellow Democrats.