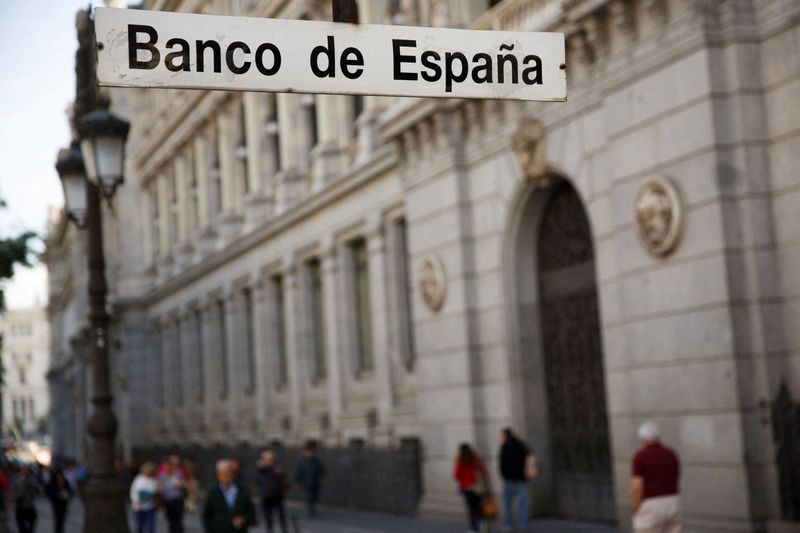 MADRID (Reuters) - Spain's transition to cleaner energy could bring more notable risks to sectors with higher CO2 emissions, such as transport, manufacturing and agriculture, though any impact on banks would be moderate in the short run, the Bank of Spain said.

In an analysis of how increasing prices of CO2 emission rights can affect the banking sector, the central bank said on Wednesday that, on average, they would have a moderate impact on the credit quality of corporate loans.

However, if physical climate change risks, such as droughts and wildfires, materialise strongly, that would raise the long-term likelihood of default for some households and firms, it said.

The Bank of Spain added that physical and transitional risks faced by banks could pose a threat to financial stability, requiring a "decisive" response from central banks.

At a time when European leaders are working on plans to accelerate the bloc's green transition, Bank of Spain chief economist Angel Gavilan also said there was a need to create internationally comparable standards to pursue this goal.

He added that European plans to reduce their reliance on Russian energy after Moscow's invasion of Ukraine were positive in the medium term, although they would hurt in the short run.

Without providing further details, Gavilan said the energy transition risk was expected to be inflationary in the short term.

Having included climate and environmental risks in its supervisory priorities for 2022-24, the European Central Bank is carrying out several climate-related supervisory activities this year, including its first ever climate risk stress test.