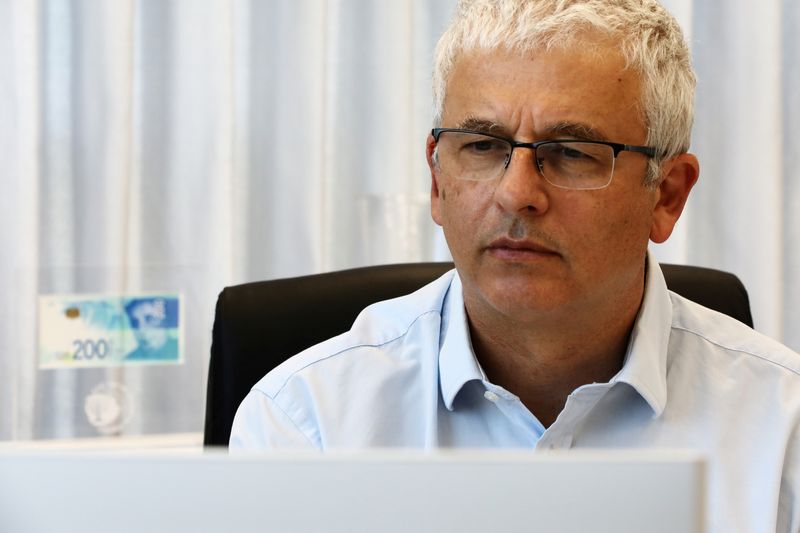 JERUSALEM (Reuters) - The Bank of Israel is still in the process of front-loading interest rates and will likely raise rates to above 3.5%, Deputy Governor Andrew Abir said on Monday after a half-point rate increase to 2.75%.

Abir told Reuters that the central bank preferred "to err on the side of making sure we get inflation down" with its monetary policy.

That means, he said, that the benchmark rate would likely go above the bank's own economists' forecast of 3.5%.