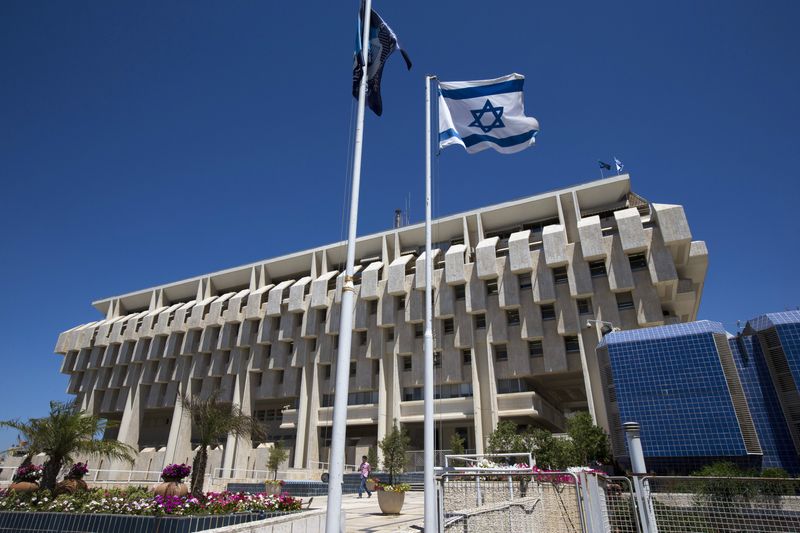 JERUSALEM (Reuters) - Israel's central bank said on Thursday it was teaming up with the Hong Kong Monetary Authority and the Bank of International Settlements' (BIS) Innovation Lab to test the feasibility of a central bank digital currency (CBDC) for retail.

The test will be cyber-security secured and in the proposed model, the intermediaries will have no financial exposure from customers holding or transferring CBDC, resulting in reduced risk and costs, the Bank of Israel said.

The so-called Sela project, led by the BIS Innovation Hub's Hong Kong centre, is planned to begin in the third quarter and findings will be published by the end of the year.

The Bank of Israel has stepped up its research and preparation for the possible issuance of a digital shekel to create a more efficient payments system after first considering issuing a CBDC in late 2017.

"Providing an efficient payment system that will increase competition in the payment market is one of the primary motivations we've identified for a possible issuance of a digital shekel - an Israeli CBDC," Bank of Israel Deputy Governor Andrew Abir said in a statement.

Last month, the bank said that while it had received public support, it had yet to make a final decision on issuing a digital shekel.

The joint project will explore the feasibility of a two-tiered architecture where there is no financial exposure of the intermediaries involved in the transaction, unlike traditional ways of central bank funds being provided to the public via commercial banks.

"This architecture is assumed to have several benefits: less financial risk for the customer, more liquidity, lower costs, increased competition, and wider access," the Bank of Israel said.