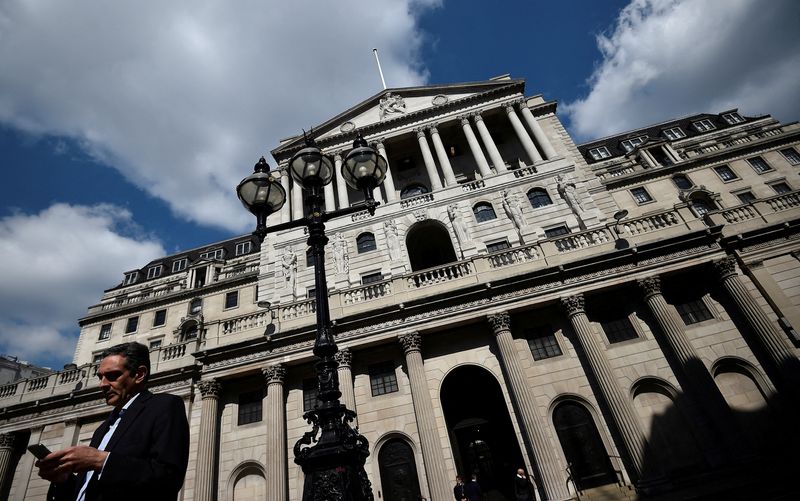 © Reuters. FILE PHOTO: A man stands outside the Bank of England in the City of London, Britain April 19, 2017. Sterling basked in the glow of a six-month high following Tuesday's surprise news of a snap UK election. REUTERS/Hannah McKay

LONDON (Reuters) -The Bank of England said on Friday it was satisfied that Britain's top banks could be shut down without putting at risk the stability of the financial system or disrupting customers, but it found shortcomings at three major lenders.

In its first public assessment of how failing lenders could be dismantled in a crisis without taxpayer handouts, the BoE said it had also identified "areas or further enhancement" for six firms.

The three banks found to have shortcomings were Lloyds (LON:LLOY), Standard Chartered (OTC:SCBFF) and HSBC. All three banks said in separate statements on Friday they were improving their so-called resolution plans.

The BoE is aiming to stop banks from being "too big to fail," potentially requiring taxpayers to bail them out as happened in the 2007-09 global financial crisis.

The other lenders included in the review were Barclays (LON:BARC), NatWest, Nationwide, Santander (BME:SAN) UK and Virgin Money (LON:VM) UK.

The Bank of England said it would repeat its assessment in 2024 and review progress made by the lenders every two years after that.