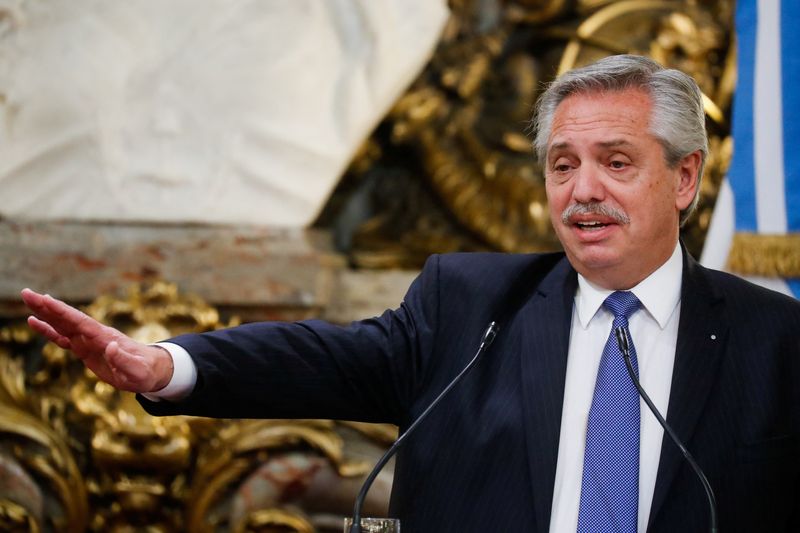 BUENOS AIRES (Reuters) - Argentine President Alberto Fernandez on Wednesday said "protectionism" in some European sectors was the biggest challenge for a free trade agreement between the Southern Common Market, also known as Mercosur, and the European Union.

Speaking at a press conference in Berlin with German Chancellor Olaf Scholz, Fernandez said, "What we really need to discuss is also to see how we act against the protectionism of certain sectors of the European economy."