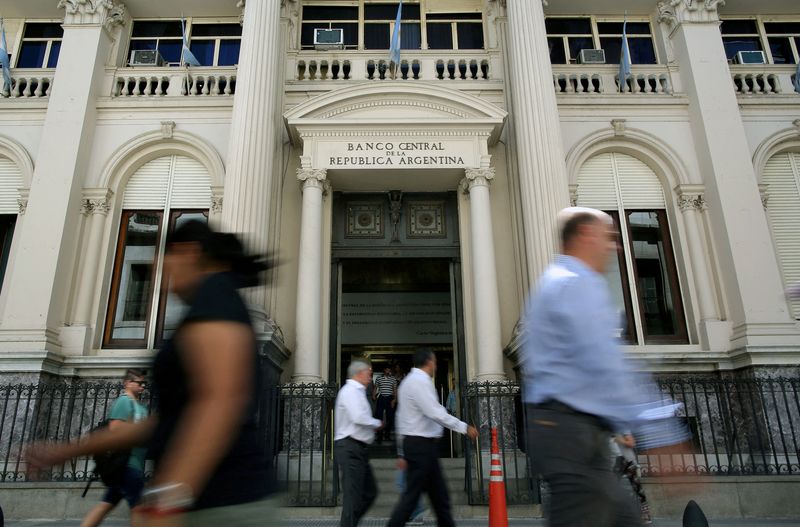 BUENOS AIRES (Reuters) - Argentina's central bank hiked the country's benchmark interest rate 550 basis points to 75% on Thursday, a day after inflation overshot forecasts to near 80% on an annual basis.

The hike followed a 950 basis points-raise in August of the 28-day Leliq benchmark rate, as the government tries to bring down spiraling prices that are hurting Argentines' savings and salaries and denting the popularity of the Peronist government.

A positive real interest rate is also one of the points agreed between Argentina and the International Monetary Fund (IMF) in a new $44 billion loan deal that the country needs to meet its upcoming debt repayment obligations.

Reuters reported at the start of September, citing a source with knowledge of the discussions, that Argentina's central bank was planning to hike the rate to 75% this month due to the high levels of inflation.