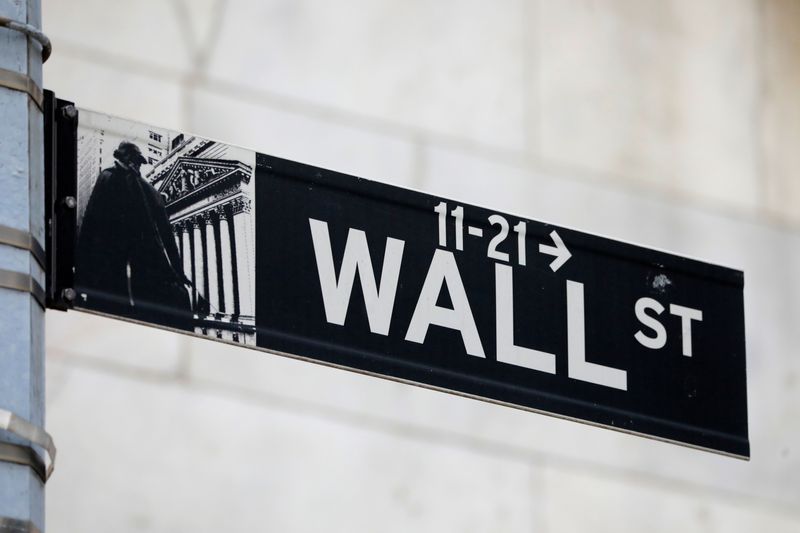 The Cboe Volatility Index, an options-based indicator that reflects demand for protection against drops in the stock market, recently stood at 23, following a sharp rally in stocks that has taken the S&P 500 index up 12% from its mid-June low on expectations that the Federal Reserve may be less hawkish than anticipated in its fight against inflation.

VIX readings above 20 are generally associated with an elevated sense of investor anxiety about the near-term outlook for stocks, while readings north of 30 or 35 point to acute fear.

The VIX is well above its long-term median of 17.7, signaling continued unease about the longer-term outlook for stocks. Still, it is down from its year high of almost 40 and has oscillated between 20 and 30 for six weeks, its longest time within that 10-point range in a year-and-a-half.

Meanwhile, the VVIX index - a gauge of expected swings in the fear index, slumped to a three-year low earlier this week, signaling investors do not expect sharp swings in either direction from the VIX.

"There is just less of a concern of an outlier kind of move in the market," said Chris Murphy, co-head of derivatives strategy at Susquehanna International Group.

The lowered expectations for extreme volatility come as investors assess whether stocks can sustain a rally in which the S&P 500 in July notched its best one-month percentage gain since November 2020. The July rally followed stocks' worst first half of the year since 1970.

San Francisco Fed President Mary Daly on Tuesday pushed back on expectations of a so-called dovish pivot from the Fed, saying that the central bank’s fight against inflation was "nowhere near" done, and data on U.S. employment on Friday and consumer prices next week could bolster the case for Fed hawkishness.

Meanwhile, several Wall Street banks have cast a skeptical eye on the recent rebound in stocks and warned of more downside ahead.

"We view this as a bear market rally," wrote Savita Subramanian, equity and quant strategist at BofA Global Research in a report, noting that such rebounds have occurred an average of 1.5 times per bear market since 1929. The bank has a year-end target of 3,600 on the S&P 500, about 14% below current levels.

One factor that could help dampen market volatility in coming months is limited exposure to stocks among institutional investors, who earlier this year raced to cut their stock allocations as the Fed ramped up expectations that it will fight inflation with market-bruising interest rate hikes.

Despite the recent bounce, big investors' exposure to stocks remains low. Equity positioning for both discretionary and systematic investors remains in the 12th percentile of its range since January 2010, according to a July 29 note by Deutsche Bank (ETR:DBKGn) analysts.

"Institutional positioning in equities is at the low end of its historical range," said Anand Omprakash, head of derivatives and quantitative strategy at Elevation Securities. "You have a situation where the catalyst for an explosive equity crash is not as prevalent as it might have been in the past."

Lighter positioning means investors are not exhibiting the same rush to load up on options insurance against a downside move in stocks, a factor that can moderate the VIX's rise even if stocks come in for another bout of weakness.

The 10-day average daily trading volume in VIX options has slipped to about 360,000 contracts, the lowest since early January, according to a Reuters analysis.

Lighter allocations to equities may also take the edge off potential selloffs, said Max Grinacoff, U.S. equity derivatives strategist at BNP Paribas (OTC:BNPQY). His firm has a year-end target of 4,400 on the S&P 500 - some 7% above current levels.

"Because of how clean positioning has become through the year ... you are not having the impact from everyone running for the exit at once," he said.