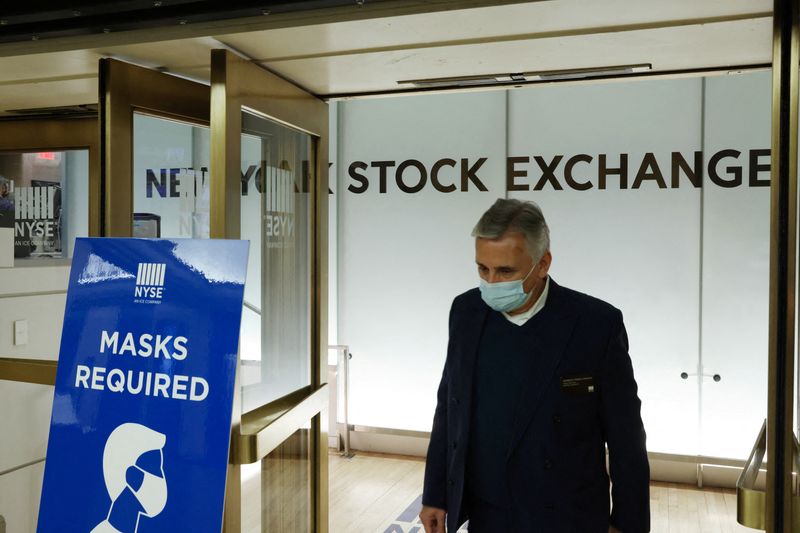 By Echo Wang and Abhinav Ramnarayan

Companies ranging from technology start-ups to blank-check acquisition firms flooded the market with offerings, capitalizing on investors' willingness to place speculative bets as low interest rates and the re-opening of economies thanks to COVID-19 vaccines fueled their appetite for risk.

"It was a truly euphoric capital market when you put it in the context of new issuance activity, and in particular in the creation of new public companies," said Andrew Wetenhall, co-head of equity capital markets in the Americas at Morgan Stanley (NYSE:MS).

Some of those bets worked out. Those who bought into the $$1.2 billion IPO of lending start-up Affirm Holdings Inc, backed by PayPal Holdings Inc (NASDAQ:PYPL), in January have more than doubled their money, versus a 25% return in the S&P 500 index.

But many IPOs soured. Shares of Swedish vegan milk maker Oatly Group (NASDAQ:OTLY) AB, which raised $1.4 billion in its IPO in New York in May, are down 53%, while those of British food delivery app Deliveroo Plc, which raised 1.5 billion pounds ($2.1 billion) when it listed in London in March, are down 46%.

The Renaissance IPO index, which tracks the average performance of newly listed U.S. IPOs, is down about 8% for the year, compared with a 25% rise in the S&P 500 index.

Some bankers cautioned that shares of some of the companies that went public in 2021 are still trading at historically high valuations, even if they took a hit after their IPO. This is because many investors were willing to pay top dollar to buy into these companies in private fundraising rounds in the run-up to their IPOs.

"The issue is that buyers of these IPOs as well as after-market buyers are marking losses," said Paul Abrahimzadeh, co-head of North America equity capital markets at Citigroup Inc (NYSE:C).

A total 2,097 IPOs, excluding those of special purpose acquisition companies (SPACs), raised $402 billion in 2021 globally, according to data provider Refinitiv. That was an 81% increase in proceeds and a 51% rise in the number of IPOs from 2020.

Including SPACs, which are shell companies that typically launch when they have lined up investors, IPO proceeds in 2021 reached $594 billion, according to data vendor Dealogic.

The biggest sectors driving IPO volumes were technology and healthcare. There were 426 technology IPOs launched this year and 332 healthcare-related deals, collectively accounting for almost 42% of IPO proceeds raised by companies globally, according to Refinitiv.

Among the biggest offerings in 2021 was electric-vehicle maker Rivian Automotive Inc, which raised over $12 billion in its market debut in November, making it the largest U.S. IPO since Alibaba (NYSE:BABA) Group Holding Ltd in 2014.

"It has been an extraordinary year for equity formation globally - dare I say one that is unlikely to be repeated any time soon," said James Fleming, global co-head of equity capital markets at Citigroup Inc.

SPACs, which went public mostly in New York, raised a total of about $160 billion this year, accounting for 28% of the total proceeds raised by U.S. IPOs, according to Refinitiv.

They had a roller-coaster ride as investor enthusiasm for them at the beginning of the year turned to disappointment because of their poor returns.

The main SPAC exchange-traded fund, the Defiance Next Gen SPAC Derived ETF, has shed 25% of its value year-to-date after peaking in February.[L4N2N13S5]

"The peak pace of (SPACs) activity was never sustainable and now the market is consolidating. But SPACs are not going away," said Eddie Molloy, co-head of equity capital markets in the Americas at Morgan Stanley.

The IPO pipeline for the first quarter of 2022 is strong, with social media platform Reddit, transportation tech start-up Via, software maker Cohesity and private equity firm TPG having filed with regulators to go public.

Still, investment bankers say the recent lukewarm financial performance of many IPOs means that this year's bonanza is unlikely to be repeated in 2022, especially if stock markets lose some steam because of inflation and other economic concerns.

There is also regulatory risk. The U.S. Securities and Exchange Commission has cracked down on the New York listings of Chinese firms, requiring more disclosures. Ride-hailing giant Didi Global Inc, which completed its $4.4 billion IPO in New York in June, has said it will move its listing to Hong Kong, as China pushes many of its companies to go public closer to home.

"I have to think (2022) will be a down year on global issuance levels," Fleming said.