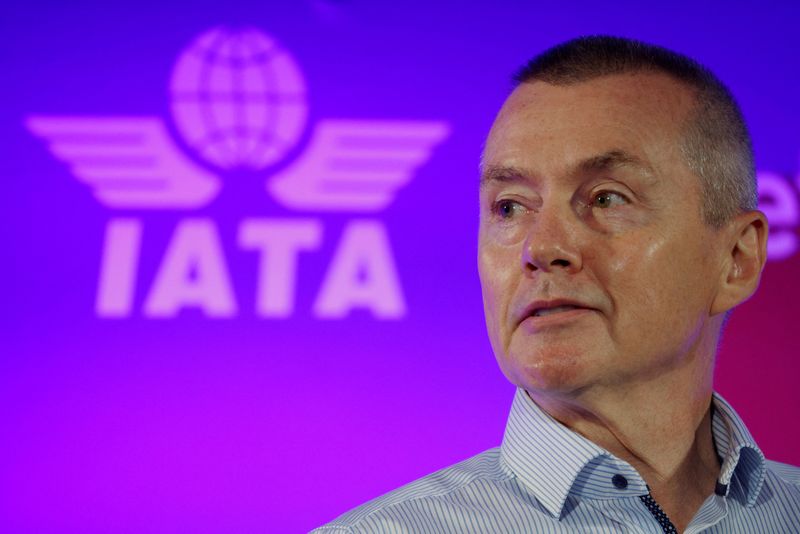 DOHA (Reuters) -Global airlines wrapped up an annual summit on Tuesday by pledging to overcome operational problems that have marred the industry's recovery from the COVID-19 pandemic.

"Let's relax a little; yes, we have challenges, but it is not everywhere," IATA Director General Willie Walsh said, adding that the industry would be able to see its way through recent problems.

He was speaking to reporters as airlines concluded a three-day Doha meeting marked by a sharper than expected recovery of air travel that caught airports and many planners by surprise.

The airline industry expects to narrow losses this year but has raised its forecasts owing to the brisk recovery while voicing concern about rising inflation and conflict in Ukraine.

Some airlines may have to adjust capacity plans to cope with staff shortages, but not all carriers and airports are facing the chaos recently seen in Europe, Walsh told a news conference.

Walsh predicted that the industry will see its way through current capacity and staffing challenges.

However, he said that airlines are not able to absorb the sharp increases to fuel costs, calling on companies to put their money where their mouth is and produce sustainable aviation fuels.

Walsh also pledged that the aviation industry would stick to a commitment to achieve net zero emissions by 2050 despite debate over the speed of development of alternative fuels.