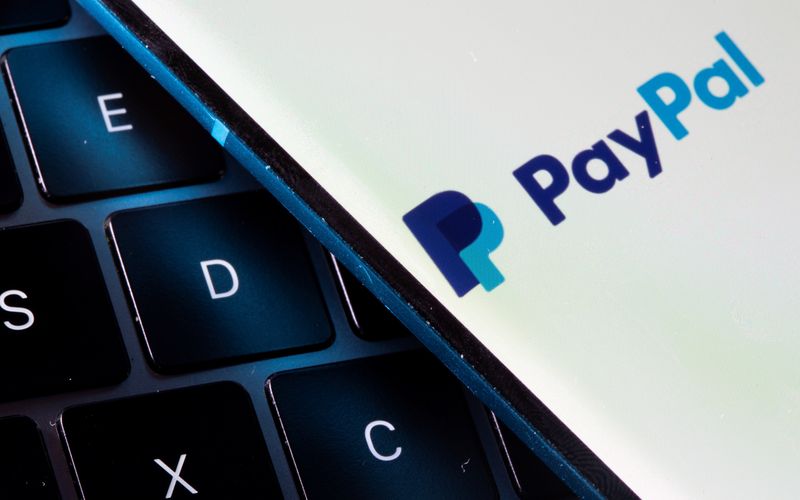 © Reuters. FILE PHOTO: A smartphone with the PayPal logo is placed on a laptop in this illustration taken on July 14, 2021. REUTERS/Dado Ruvic/Illustration

(Reuters) -Activist investor Elliott Investment Management is building a stake in PayPal Holdings Inc (NASDAQ:PYPL), as it plans to push the fintech giant to ramp up its cost-reduction efforts, Bloomberg News reported, citing people familiar with the matter.

Elliott may eventually become one of the PayPal's five largest shareholders, according to the report on Tuesday. (https://bloom.bg/3PZ3CQo)

The report comes after PayPal revealed earlier this year that it had initiated a strategic reduction of its global workforce, and said it expected to save about $260 million in annualized employee-related costs, as it looked to maneuver through challenging macro-economic conditions.

The company had also withdrawn its medium-term outlook at the time and lowered its full-year profit forecast, signaling that payments volumes could take a hit from surging inflation and the conflict in Ukraine.

The payments behemoth was among the big winners of the COVID-19 pandemic as more people used its services to shop online and pay bills to avoid stepping out. However, the company's shares have plummeted more than 60% so far this year.

The Wall Street Journal first reported Elliott's stake in PayPal earlier on Tuesday, but said the size of the ownership could not be determined. (https://on.wsj.com/3zAzplf)

PayPal and Elliott did not respond to Reuters' requests for comments outside regular business hours.