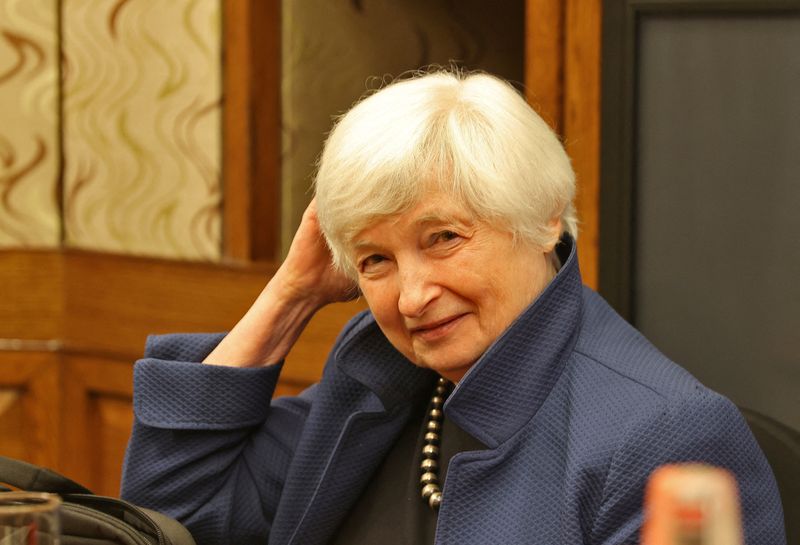 NUSA DUA, Indonesia (Reuters) - U.S. Treasury Secretary Janet Yellen on Wednesday called for international support for Ukraine and said she wanted to acknowledge a wave of Russian missile attacks on the country in the past day.

Yellen, speaking at the G20 Summit in Bali, Indonesia, said the war had affected millions of people.