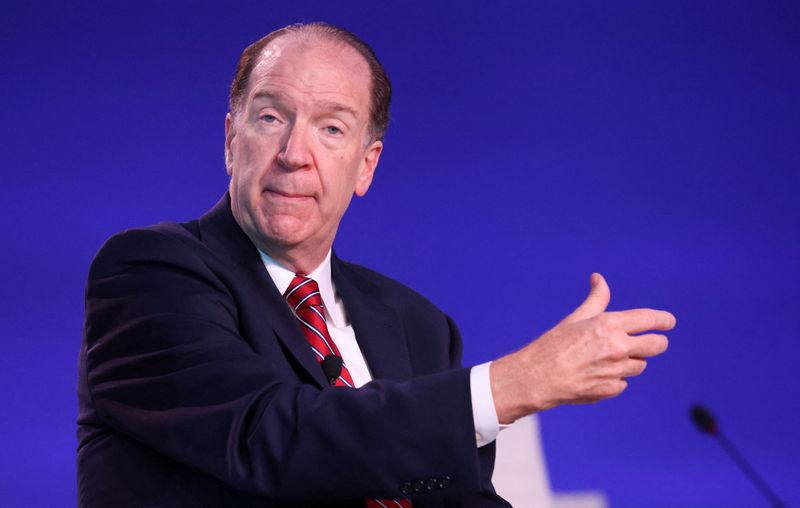 By David Lawder and Andrea Shalal

WASHINGTON (Reuters) - World Bank President David Malpass said on Tuesday that central banks should reduce long-term bond holdings rather than shrinking short-term assets, as this would free up more bank capital for small business loans and could help tame inflation.

Malpass told a news conference that the central banks' amassing of massive balance sheets has crowded out capital available for small businesses.

Malpass argued that the central banks have absorbed trillions of dollars of bank reserves to maintain long-term bond portfolios, allocating capital away from lending for small businesses and improvements to supply chains straining from the COVID-19 pandemic.

"This shortage of working capital makes it hard to bring down the inflation rate," he said, adding that interest rate hikes and tighter credit conditions also will add to financing pressures on small businesses.

"We need robust small business loans to solve the supply problems. We've ended up with inflation."

He said central banks are responding by reducing total assets and increasing rates, but he is concerned that this will not tame inflation or reduce growing income inequality. But central banks in advanced countries should take a more balanced approach and shrink their long-term bond portfolios.

"It will be hard to stop inflation as long as there's permanent support for asset prices," Malpass added.