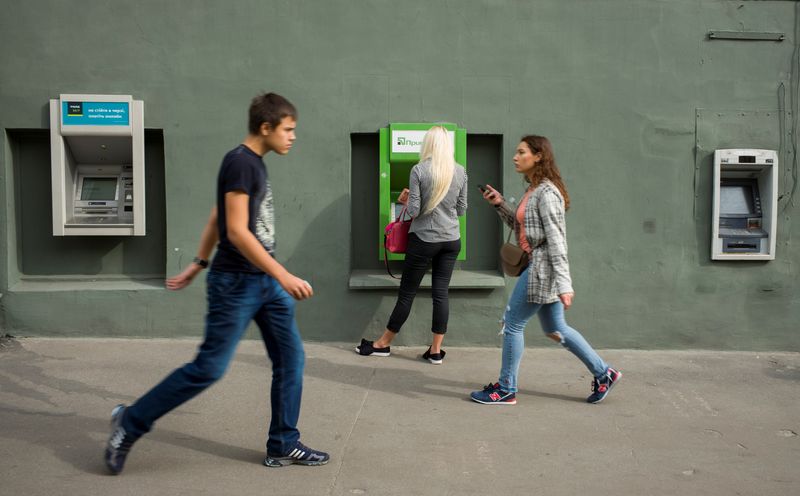 KYIV (Reuters) - Ukraine's banking system posted a net loss in the first quarter after lenders had to transfer over $730 million of their earnings in local currency to reserves to cover possible future losses linked to the war, the central bank said on Friday.

Losses totalled 160 million hryvnias ($5.42 million) in January-March compared with a profit of 10.9 billion hryvnias in the same period last year, it said in a statement.

"The general decline in business activity and falling demand for loans and banking services will continue to have a negative impact on banks' profitability," it said.

It said 44 out of 69 active lenders had remained profitable while the other 25 had posted losses of 6 billion hryvnias.

Russia's ongoing war on Ukraine could cause the Ukrainian economy to contract by at least one third in 2022 and drive up inflation to over 20%, according to the central bank's forecast.