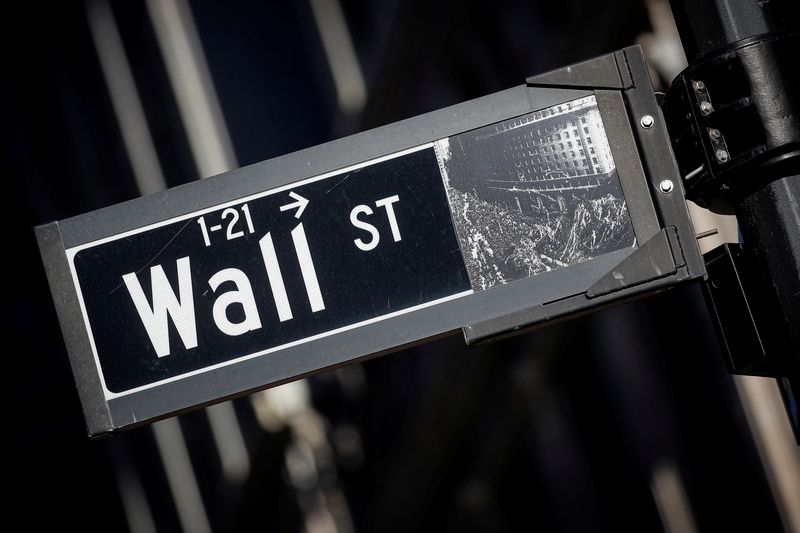 NEW YORK (Reuters) - A rally in U.S. stocks that has powered on despite skepticism from Wall St faces a reality check in the coming week, as key inflation data threatens to shut the door on expectations of a dovish shift from the Federal Reserve.

The S&P 500 has walked a tightrope this summer, rising 13% from its mid-June lows on hopes that the Fed will end its market-bruising rate increases sooner than anticipated. A blowout U.S. jobs number on Friday bolstered the case for more Fed hikes but barely dented stocks – the S&P fell less than 0.2% on the day and eked out its third straight week of gains.

More upside could hinge on whether investors believe the Fed is succeeding in its fight against soaring consumer prices. Signs that inflation remains strong despite a recent drop in commodity prices and tighter monetary policy could further weigh on expectations that the central bank will be able to stop hiking rates early next year, drying up risk appetite and sending stocks lower once again.

"We’re at the point where consumer price data has reached a Super Bowl level of importance," said Michael Antonelli, managing director and market strategist at Baird. "It gives us some indication of what we and the Fed are facing."

Rebounds in the midst of 2022’s bear market have been short-lived and three previous bounces in the S&P 500 have reversed course to make fresh lows, fueling doubts that the most recent rally will last.

Investors' dour outlook was highlighted by recent data from BofA Global Research, which showed the average recommended allocation to stocks by sell-side U.S. strategists slipped to its lowest level in over five years in July, even as the S&P 500 rose 9.1% that month for its biggest gain since November 2020.

Institutional investors' exposure to stocks has also remained low. Equity positioning for both discretionary and systematic investors remains in the 12th percentile of its range since January 2010, according to Deutsche Bank (ETR:DBKGn) published last week.

For their part, Fed officials have over the past week opposed the narrative of a so-called dovish pivot, with one of them – San Francisco Fed President Mary Daly - saying she was "puzzled" by bond market prices that reflected investor expectations for the central bank to start cutting rates in the first half of next year.

U.S. rate futures have priced in a 69% chance of a 75 bps hike at its September meeting, up from about 41% before the payrolls data. Futures traders have also factored in a fed funds rate of 3.57% by the end of the year.

"We are surprised to not see investors start to chase upside calls in fear of underperforming the market," said Matthew Tym, head of equity derivatives trading at Cantor Fitzgerald. "People are just watching."

Celia Rodgers Hoopes, portfolio manager at Brandywine Global, believes much of the recent rally has been driven by short covering, especially among many of the high-flying tech names that haven't done well this year.

"The market doesn't want to miss out on the next rally," she said. "Whether or not it's sustainable is hard to tell."

Of course, investors aren't uniformly bearish. Corporate earnings have come out stronger than expected for the second quarter, with some 77.5% of S&P 500 companies beating earning estimates, according to I/B/E/S data from Refinitiv, fueling some of the market's gains.

Antonelli of Baird also said a cooler than expected inflation number next week could push more investors back into stocks.

“Is there a scenario right now where inflation comes down and the Fed isn’t going to engineer a hard landing? There could be, and nobody is positioned for that.”

Others, however, are more skeptical.

Tom Siomades, chief investment officer of AE Wealth Management, believes the market is yet to see a bottom and has urged investors to avoid chasing stocks.

"The market seems to be engaging in some wishful thinking," he said. Investors "are ignoring the age-old adage, 'don’t fight the Fed.'"