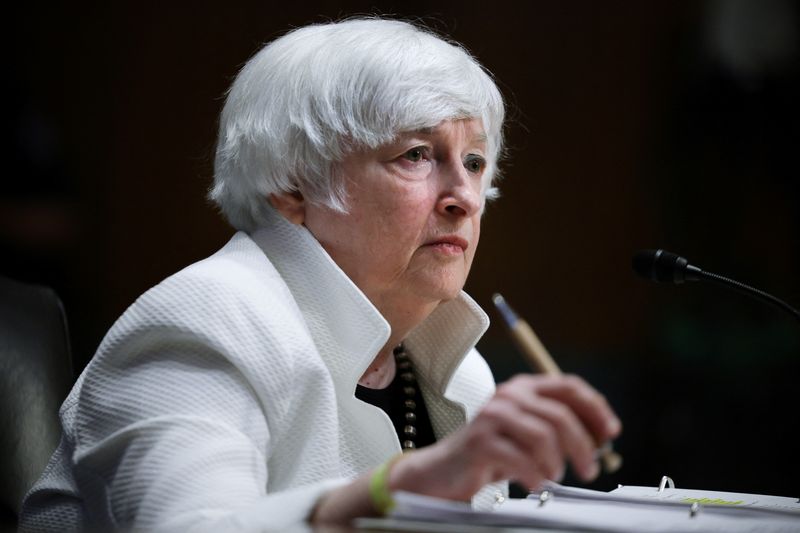 The visit on June 21 will give Rosebud Sioux leaders an opportunity to show Yellen the impact that some $195 million in American Rescue Plan funding is making on one of the poorest and largest tribal nations in the United States.

Officials from both the Treasury and the tribe said they could find no records of a Treasury secretary previously visiting any Native American nation.

The aid followed $8 billion from the 2020 COVID-19 bill known as the CARES Act, which funded tribal health responses and helped keep their businesses and households afloat during pandemic lockdowns.

"The CARES Act money was a lifesaver for us. It helped us save lots of lives and lots of hardship," said Wayne Boyd, chief of staff to Rosebud Sioux Tribe President Scott Herman.

"Now with the ARPA money, we're trying to rebuild our economy," Boyd added. "And one of the biggest needs that we've always had issues with is affordable housing."

Rosebud Sioux leaders plan to discuss with Yellen the tribe's plans for using ARPA funds to build more affordable housing for the tribe's 35,000 members, of which 26,000 live on the reservation at the southern edge of central South Dakota, Boyd said.

Deputy Treasury Secretary Wally Adeyemo last month called on state local and tribal governments to use more of their allocations of ARPA funds to address a severe shortage of affordable housing across the country.

As the Biden administration battles against high inflation, the $350 billion in state, local and tribal funding has been criticized by Republicans as a "slush fund." But it has emerged as a key social policy tool as Biden's broader social and climate spending agenda has languished in Congress.