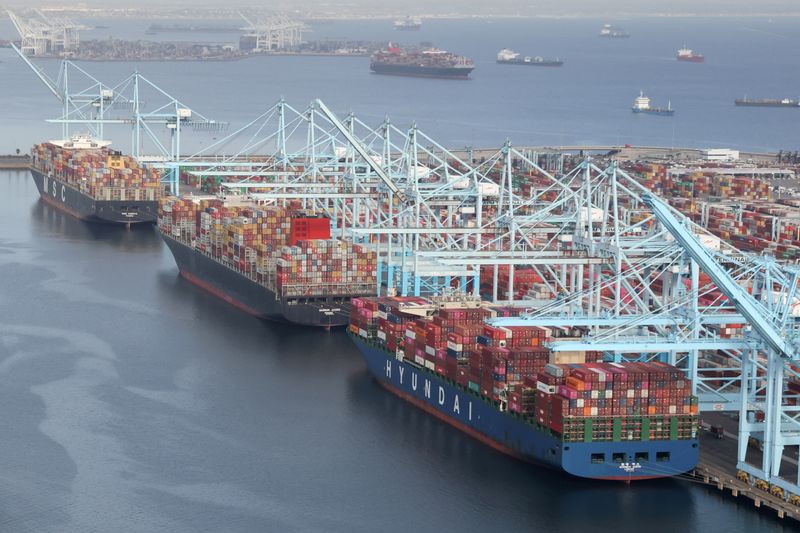 WASHINGTON (Reuters) - The U.S. trade deficit contracted by the most in nearly 14 years in November as slowing domestic demand amid higher borrowing costs depressed imports.

The trade deficit decreased 21.0% to $61.5 billion, the lowest level since September 2020, the Commerce Department said on Thursday. The percentage decline in the trade gap was the largest since February 2009.

The Federal Reserve last year hiked its policy rate by 425 basis points from near zero to a 4.25%-4.50% range, the highest since late 2007. Last month, it projected at least an additional 75 basis points of increases in borrowing costs by the end of 2023. The higher rates have boosted the dollar, which gained 5.4% against the currencies of the United States' main trade partners last year.

A smaller trade deficit contributed 2.86 percentage points to the economy's 3.2% annualized growth pace in the third quarter. Growth estimates for the fourth quarter are as high as a 3.9% rate.