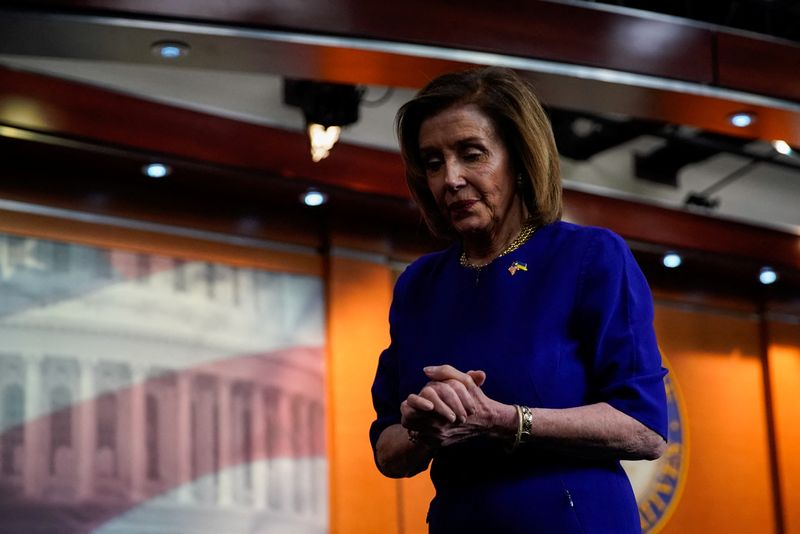 WASHINGTON (Reuters) - U.S. House of Representatives Speaker Nancy Pelosi said the House will set a mininum annual pay for its staff at $45,000, months after a non-profit report found that over 12% of congressional staffers did not have a living wage.

"I am pleased to announce that ..... the House will for the first time ever set the minimum annual pay for staff at $45,000," Pelosi said in a letter to lawmakers dated Friday.

The step would go into effect from September, she added.

A report from a non-profit earlier this year found that one in eight congressional staffers in Washington, DC, are not paid a living wage.

The report had compared staff salaries in Congress to the living wage in Washington, D.C., which is $42,610 for an adult without children, according to the Massachusetts Institute of Technology.

In her letter on Friday, Pelosi also acknowledged that young staffers "often earn the lowest salaries." The letter was first reported by Punchbowl News.

"This is also an issue of fairness, as many of the youngest staffers working the longest hours often earn the lowest salaries", Pelosi said.

Last year, over 100 U.S. lawmakers, led by Representative Alexandria Ocasio-Cortez, had called for higher wages for congressional staffers in order to better retain employees working for members of Congress.