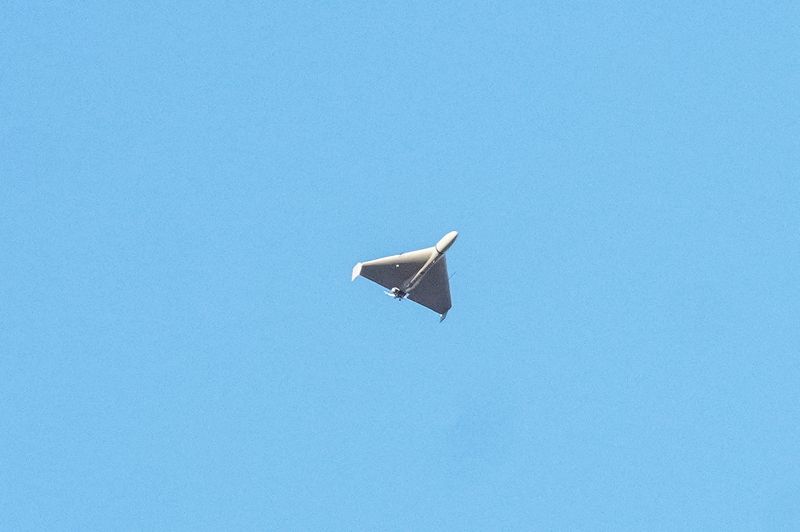 WASHINGTON (Reuters) - Ukraine has made a new appeal for the United States to supply it with powerful drones and anti-drone missiles, hoping Washington will reverse its previous rejection as Russia increasingly turns to kamikaze drones and attacks civilian infrastructure.

With Moscow's invasion in its ninth month, Ukrainian Defense Minister Oleksii Reznikov in a Nov. 2 letter requested four MQ-1C Gray Eagle unmanned aerial systems or drones, and in a separate document, asked for the first time for a counter-drone missile, according to a document seen by Reuters and people familiar with the request said.

The drones, which cost about $10 million each, and the counter-drone AGM-114L or LONGBOW would bolster Ukraine's civilian air defenses and help counter Russia's growing use of Iranian-made kamikaze drones far from the front lines.

The United States rejected Kyiv's prior request for the drones, concerned they could be shot down, were not essential to Ukraine's war effort and could escalate the conflict.

But Ukraine is hoping that its latest pitch will change minds in Washington since it was coupled with the LONGBOW request and explicitly aimed at protecting civilians and infrastructure.

As its forces were pushed back by Ukrainian troops in some areas, Russia ramped up attacks last month on civilian infrastructure such as the power grid and water systems, causing outages. Kyiv has said that the attacks destroyed more than a third of its energy infrastructure.

The United States has extended about $17.9 billion of military aid to Ukraine since Russia launched what it calls a "special military operation" on Feb. 24.

Lieutenant Colonel Garron Garn, a Pentagon spokesman, declined to comment on specific Ukrainian requests. "Our support focuses on equipment that is relevant for the current fight," Garn said in a statement.

In the letter, Reznikov acknowledged the transfer of the MQ-1C Gray Eagle, made by General Atomics, was "complicated", but said the large unmanned aerial system would frustrate Russia's ability to strike deep into Ukrainian territory and potentially deny Russia the ability to attack from Belarus.

Strikes behind the front lines pose a big challenge for current air defense systems, Reznikov added in his letter.

Kyiv has so far relied on a mix of Soviet-era technology and weapons sent by Western allies, but does not have an integrated system of air defenses to coordinate shootdowns across platforms, leaving civilian infrastructure vulnerable.

In the early days of the invasion, Ukraine requested the MQ-1C Gray Eagle system to employ Hellfire missiles to shoot down Russian planes and cruise missiles.

But the Pentagon rejected the plan earlier this autumn, sources said, as U.S. officials worried the Russians might capture the drone and steal the technology.

Defense officials briefed lawmakers privately about that decision last week, making similar arguments and stressing that Russia could view the drones as a provocation, according to people familiar with the matter.

The Gray Eagle, the Army's version of the more widely known Predator drone, has an operational ceiling of 25,000 feet and would represent a great technological leap forward for Ukraine.

It can fly up to 30 or more hours, gather huge amounts of intelligence data and carry up to eight powerful Hellfire missiles.