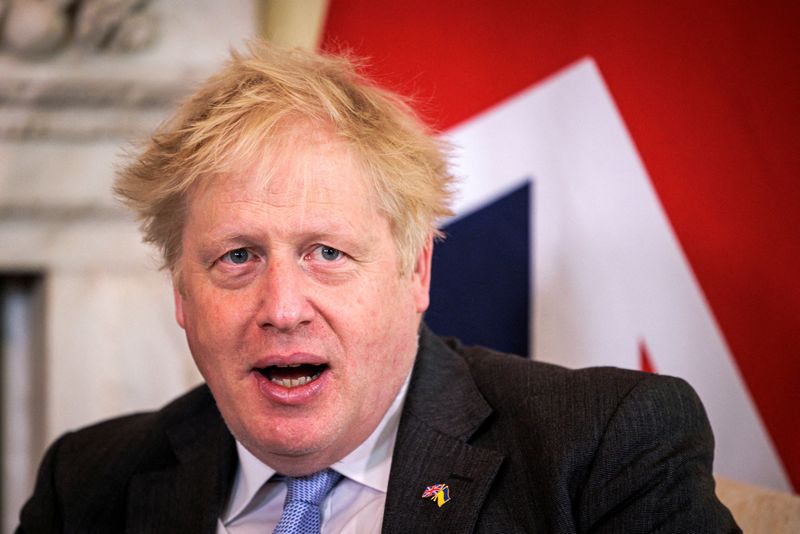 LONDON (Reuters) - British Prime Minister Boris Johnson has urged his government to "go faster" in coming up with ways to tackle a cost of living crisis, his spokesman said on Wednesday.

Asked about a meeting of ministers on Tuesday to discuss easing cost of living pressures, the spokesman told reporters: "The prime minister urged ministers to go faster and be as creative as possible in ensuring that the government is doing absolutely everything on this important issue."

"You can expect us to say more on this in the days to come. What I am trying to guide away from is some of the speculation we saw about things like an emergency budget. As I made clear ... there are no plans for that."