UK must be nimbler with spending if rates rise, watchdog warns 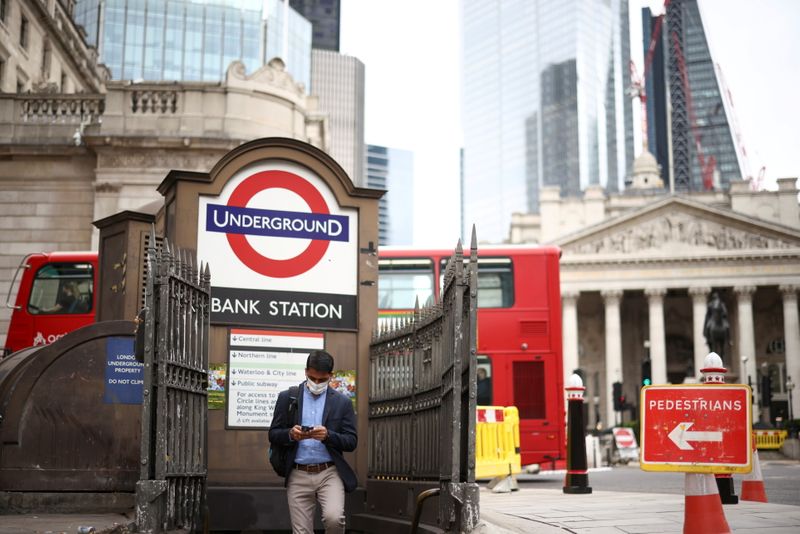 By David Milliken and William Schomberg

LONDON (Reuters) -Britain will have to be nimbler in the way it manages the public finances if interest rates go up, because government bonds carry shorter maturities than in the past and are increasingly linked to inflation, the head of the country's budget watchdog said.

Richard Hughes, chairman of the Office for Budget Responsibility, said the government would have less time than in the past before its borrowing costs go up once growth and inflation return.

Even in the most benign scenario, strong economic growth would not significantly lower the stock of Britain's public debt - which has soared above 2 trillion pounds ($2.7 trillion) as a result of the COVID-19 crisis - he told lawmakers.

Hughes told the British parliament's Treasury Committee that there needed to be clear and open communication between the Bank of England and the government about the likely path for interest rates.

He also said the government needed to preserve room for manoeuvre in its budget to respond to future shocks which were becoming more frequent, more expensive and less predictable.

British finance minister Rishi Sunak has said he will get Britain's publish finances back on a sustainable path so the government has the capacity to respond to future shocks.

Britain's budget deficit rocketed to 14.2% of gross domestic product during the financial year to the end of March 2021, its highest share of GDP since World War Two, thanks to a surge in public spending and tax cuts ordered by Sunak to offset the coronavirus hit to the economy.