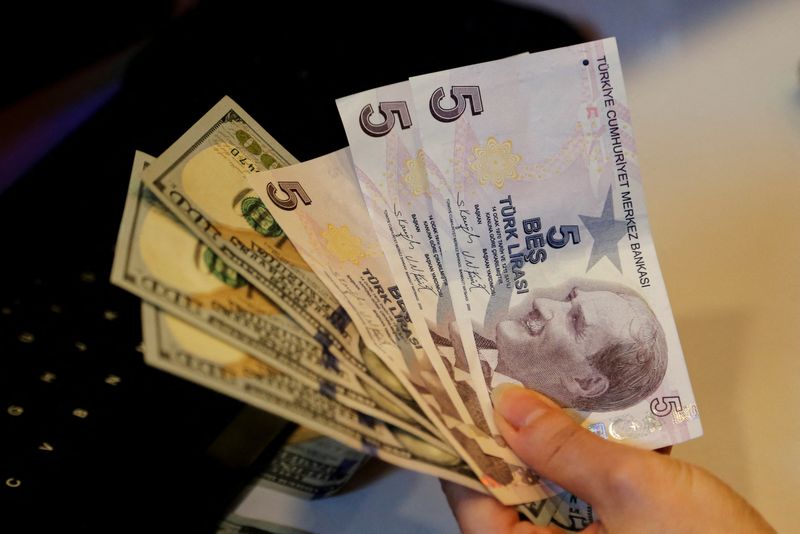 ANKARA (Reuters) - Turkey's state banks aggressively sold dollars this week, boosting a rally in the lira after President Tayyip Erdogan announced a deposit-protection scheme meant to stem a currency crisis, according to four sources familiar with the moves.

The selling coincided with a drop in the central bank's foreign reserves, according to official data and a trader who told Reuters they declined by nearly $6 billion on Monday and Tuesday alone.

A second source, a chief bank advisor, said state bank interventions on Monday and Tuesday totalled $3 billion. The other two sources, including a senior Turkish official, said the interventions were intense and extended later in the week.

The three big state banks - Ziraat Bank, Vakif Bank and Halk Bank - did not immediately comment on possible interventions. The central bank was not immediately available to comment.

The lira has soared this week, rebounding from record lows, after Erdogan late on Monday announced a scheme in which the Treasury and central bank would guarantee some local currency deposits against depreciation losses.

Ziraat Chief Executive Alpaslan Cakar, who also heads the Turkish Banks Association, said the overall dollar-selling pressure amounted to about $1 billion in markets on Monday after the announcement.