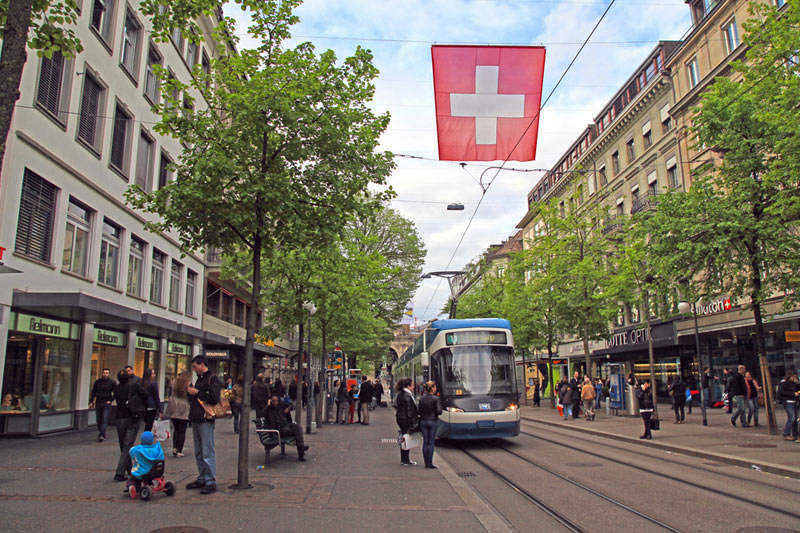 It’s “a lot of money in absolute terms but Switzerland is one of the main destinations for dirty Russian money,” said Browder. Given the Swiss Bankers Association has said there’s as much as 150 to 200 billion Swiss francs ($202 billion) in Russian assets in the country’s banks “I would almost say it’s slightly insulting,” he said.

Browder, who has also highlighted what he perceives to be Swiss prosecutors’ soft approach to investigating Russian financial crime, called on the U.S. to review its cooperation framework with its Swiss counterparts, during the hearing organized by the Commission on Security and Cooperation in Europe on Thursday.

“Based on my experience, it would lead me to believe the Swiss are knowingly turning their head the other way when it comes to some of the other oligarchs,” said Browder.

The Swiss government said a month ago it had blocked 7.5 billion Swiss francs ($8 billion) in Russian assets in the country to date, as it issues sanctions that mirror those imposed by the European Union on those seen as close to Vladimir Putin.  That figure represented a jump of 30% from their previous tally two weeks earlier and Swiss officials say the number will continue to rise as more assets hidden behind shell companies or in the names of associated are painstakingly uncovered.

Switzerland surprised the world in early March by departing from its tradition of neutrality and saying it would fully embrace the European Union measures against Russia.  But critics including Browder contend that the country needs to go much further.

Erwin Bolliger, the chief of the Swiss Secretariat for Economic Affairs which is enforcing the sanctions, has tried to explain the gap by pointing out that are plenty of legitimately-held Russian investments in Switzerland.

“There is merit in Bill’s suggestion to review the law enforcement relations between the U.S. and Switzerland,” said Mark Pieth, a law professor at the University of Basel and corruption expert, said at the hearing.

Up until now, Switzerland’s approach to clamping down on dirty Russian money in the country has shown a “lack of courage,” Pieth said.