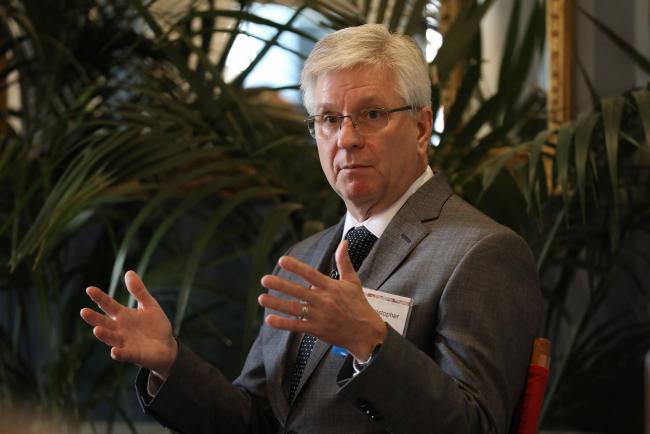 © Bloomberg. Christopher Waller, governor of the U.S. Federal Reserve, speaks during the Center for Financial Stability Event in New York, U.S., on Friday, Nov. 19, 2021. Waller broke with a report from regulators earlier this month and said he disagrees with the idea that stablecoins should only be issued by banks because it would limit payment-system innovation and competition.

The paper by Waller and his Fed research colleague Andrew Figura, released July 29, criticized the approach of research earlier in the month by Summers, Blanchard and Alex Domash that argued the central bank would be unlikely to achieve its goal without inflicting a “painful” spike in unemployment.

“We recognize that it would be unprecedented for vacancies to decline by a large amount without the economy falling into recession. As a result, we are, in effect, saying that something unprecedented can occur because the labor market is in an unprecedented situation,” Figura and Waller wrote in a note published on the Fed’s website. “Because the V-U ratio is so high currently, it is possible to reduce vacancies with a much smaller effect on hiring than is typical.”

In a response on the Peterson Institute for International Economics’ website published Monday, Blanchard, Domash and Summers said that it is understandable for senior Fed officials to hold out the prospect of a so-called soft landing for the economy, where inflation declines without a high cost to employment.

“We find it entirely unconvincing as support for the ‘soft landing’ idea -- pushed mostly recently by Fed Chair Jerome Powell in his July press conference -- that vacancies can decline substantially taking pressure off inflation without driving unemployment way up,” they said. “Rather, the data support our conclusion that vacancies are very unlikely to normalize without a major increase in unemployment.”