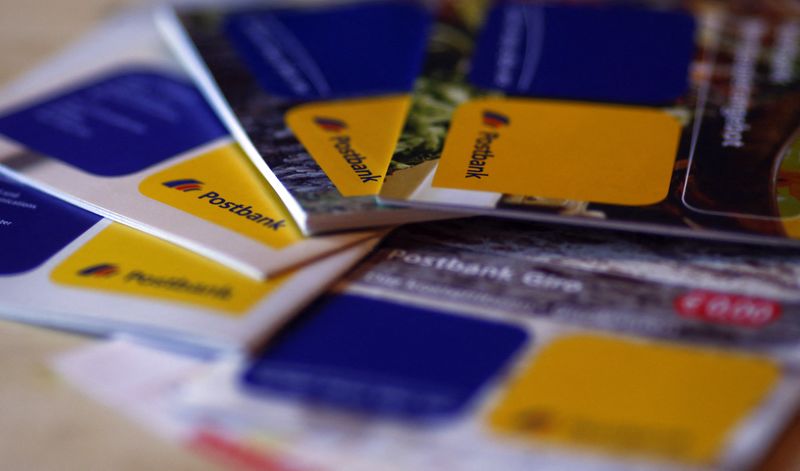 © Reuters. An illustration picture shows brochures of the Postbank AG on a table in Munich November 14, 2012. REUTERS/Michael Dalder

FRANKFURT (Reuters) - Employees at 40 branches of Deutsche Bank (DE:DBKGn)'s Postbank are staging brief strikes on Friday and Saturday as they bargain for higher wages, a union official said.

The so-called warning strikes come ahead of a crucial week of separate wage negotiations for the broader banking industry in Germany as inflation fears continue to mount.

Roman Eberle, of the Verdi labour union, said this week's strikes involve around 300 Postbank employees, and that inflation is a major concern for the 15,000 employees affected by the outcome of talks that began earlier this week.

Labour went into those talks seeking a 6% wage increase. They resume in February.

"Deutsche Bank regrets the union's early call for warning strikes after the first round of negotiations and will do everything to minimize the impact of the warning strikes on Postbank's customers," the bank said in a statement.

Deutsche Bank Chief Executive Officer Christian Sewing has himself warned about inflation, saying that it would "persist for longer" and that central banks needed to act "sooner rather than later" to counter it.