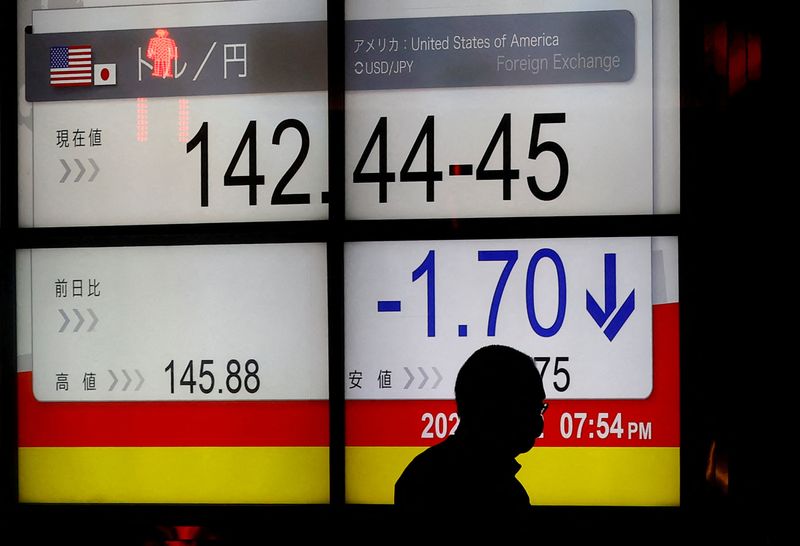 Wall Street opened to a sea of red, following another leg down across European bourses, as a downturn in business activity across the euro zone deepened and U.S. business activity contracted for a third straight month in September.

British assets weakened further after huge debt-financed tax cuts were announced that will boost government borrowing and set up UK bond yields for their biggest daily rises in decades.

The euro and sterling plummeted to 20- and 37-year lows, respectively, and the dollar soared as investors sought a new equalibrium in bond and stock valuations after the Federal Reserves this week signaled rates would be "higher for longer".

George Goncalves, head of U.S. macro strategy at MUFG, said the Fed wants financial conditions to tighten and that high interest rates is the mechanism to deliver market conditions that investors haven't seen in a while.

"It's something we're not used to, that's why it's more surprising for most," he said. "It's going to be a long staring contest between the Fed and the markets, and in the middle is the economy which is not responding yet to this tightening."

On Wall Street, the Dow Jones Industrial Average fell 1.87%, making it the first major U.S. stock index to fall below its June trough on an intraday basis. The S&P 500 lost 2.03% and the Nasdaq Composite dropped 2%.

Rates were also hiked in Britain, Sweden, Switzerland and Norway - among other places - this week, but it was the Fed's signal that it expects high U.S. rates to last through 2023 that sparked the latest sell-off.

"Pretty much anything besides inflation data and central bank policy decisions is just noise at the moment, with the market firmly, and almost solely, focused on how high rates will rise across developed markets, and how long they will remain at those peaks," Caxton FX chief strategist Michael Brown said.

The euro fell for a fourth straight day, down 1.22% to $0.9716, after data showed the downturn in the German economy has worsened in September.

The UK bond market went into a tailspin, with yields on the five-year gilt rising 50.4 basis points to 4.064%, the biggest one-day rise since at least late 1991, according to Refinitiv data, after the government unveiled its tax cuts.

Sterling, which fell 3.00% to $1.0919, already had been under severe pressure before the announcement. Since the start of July it's down 9%, on track for its worst quarter since 2008.

"Typically looser fiscal and tighter monetary policy is a positive mix for a currency - if it can be confidently funded," said Chris Turner, global head of markets at ING:

"Here is the rub - investors have doubts about the UK's ability to fund this package, hence the gilt under-performance."

Global government bond losses are on course for the worst year since 1949, BofA Global Research said in a note on Friday.

With U.S. rates set to rise faster and stay high for longer, the dollar hit its highest in two decades and extended its double-digit gains for the year against several currencies.

A closely watched part of the U.S. Treasury yield curve measuring the gap between yields on two- and 10-year Treasury notes, seen as a harbinger of a recession in a year or two, was at -46.9 basis points.

Euro zone bond yields also rose sharply, with the Italian 10-year hitting 4.294%, its highest since late 2013, ahead of Italian elections on Sunday.

Gold, which pays no interest, has come under pressure, particularly over the course of this quarter, as yields have risen. Spot gold dropped 1.5% to $1,646.09 an ounce.