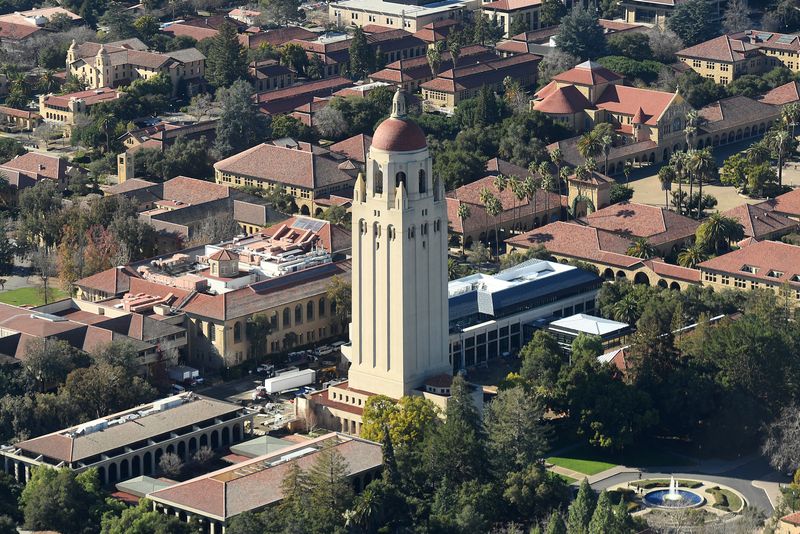 © Reuters. The Hoover Tower rises above Stanford University in this aerial photo in Stanford, California, U.S. on January 13, 2017. REUTERS/Noah Berger

(Reuters) - Stanford University received $1.1 billion, its largest ever gift, from venture capitalist John Doerr to fund a new school focused on climate change, fueling a debate about whether billionaire donations are enough to combat the climate crisis.

"Stanford's first new school in 70 years will launch this fall as the Stanford Doerr School of Sustainability, recognizing a $1.1 billion gift from John and (his wife) Ann Doerr, the largest in the university's history," the California-based university said in a statement on Wednesday.

"Climate and sustainability is going to be the new computer science," Doerr told the New York Times in an interview published Wednesday. He made his estimated fortune of over $11 billion investing in technology companies such as Alphabet (NASDAQ:GOOGL) Inc and Amazon.com Inc (NASDAQ:AMZN) .

Doerr is among a list of billionaires like Jeff Bezos and Michael Bloomberg, who in recent years have donated money to combat climate change.

Some experts have said the climate crisis should not depend on the charity of billionaires and that governments need to set up proper taxation systems to make sure billionaires pay their fair share.

The gift is the largest ever to a university for the establishment of a new school, and is the second largest gift to an academic institution, according to the Chronicle of Higher Education.

Arun Majumdar, who has advised the administrations of former U.S. President Barack Obama and President Joe Biden on energy issues, has been named as the inaugural dean of the school which will open in the fall.