S.African repo rate up by 75 bps, now near pre-pandemic level 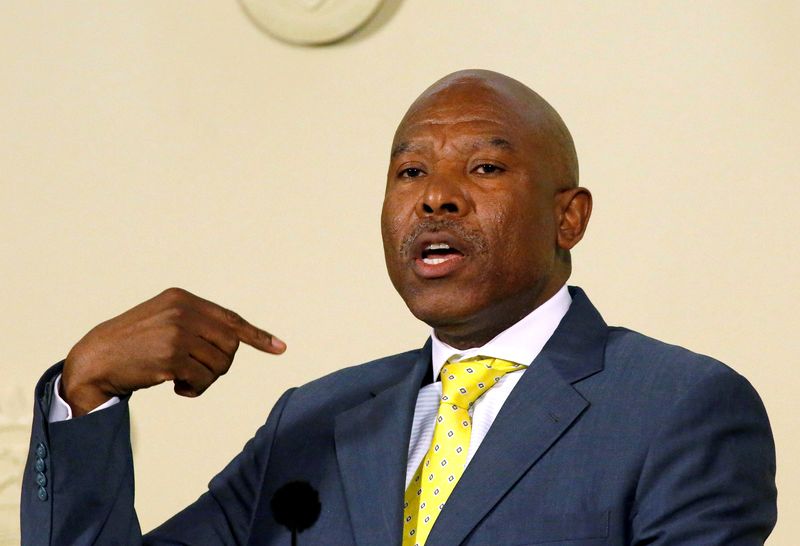 JOHANNESBURG (Reuters) -South Africa's central bank raised its main lending rate by 75 basis points to 6.25% on Thursday, in a bid to rein in inflation that hiked it nearer to the level seen before the COVID pandemic.

The move was as expected by the majority of economists polled by Reuters and saw the rand pare gains against the U.S. dollar.

The South African Reserve Bank (SARB) has now raised rates for the sixth straight time in a row. The increases have added a total of 275 basis points (bps) since it began tightening policy in November 2021.

The five-member Monetary Policy Committee (MPC) was split 3-2 in its decision, with three members preferring a 75 bps increase and two wanting a 100 bps hike.

"The level of the repurchase rate is now closer to the level prevailing before the start of the pandemic," SARB Governor Lesetja Kganyago told a news conference.

"The revised repurchase rate path remains supportive of credit demand in the near term, while raising rates to levels more consistent with the current view of inflation risks."

Data on Wednesday showed August consumer inflation dipped to 7.6% year on year from 7.8% in July on the back of lower fuel prices, but analysts said at the time they did not think that would deter the bank from further rate hikes.

The SARB targets inflation of between 3% and 6%.

It now forecasts the economy will grow 1.9% this year and 1.4% next year, similar predictions to the 2.0% and 1.3% forecasts at its last MPC meeting in July.