Rouble climbs to March 2020 levels vs euro, stocks up 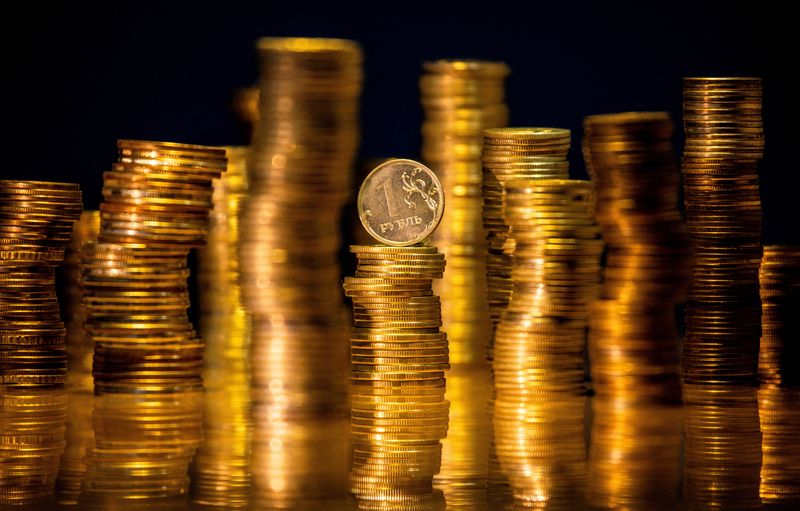 Movements on the Russian market are partly artificial as the rouble is propped up by capital controls, while stocks are trading with a ban on short selling and with foreign players being barred from ditching shares in Russian companies without permission.

The Russian currency is expected to swing within the range of 71-73 to the greenback, Promsvyazbank analysts said in a note.

The rouble has firmed in the past few days as export-focused companies were selling their foreign exchange revenues to meet local liabilities that could exceed 3 trillion roubles ($41.24 billion) this month, according to analysts surveyed by Reuters.

The rouble has fully recovered to levels seen before Feb. 24, when Russia started what it calls "a special military operation" in Ukraine that led to unprecedented western sanctions, including a freeze on Russia's reserves.

On the bond market, yields on 10-year benchmark OFZ treasury bonds stabilised near 10.13% ahead of Friday's central bank rate-setting meeting.

The Bank of Russia is expected to cut its key interest rate by 200 basis points to 15% as it tries to stimulate more lending in the economy in the face of high inflation, a Reuters poll suggested earlier this week.