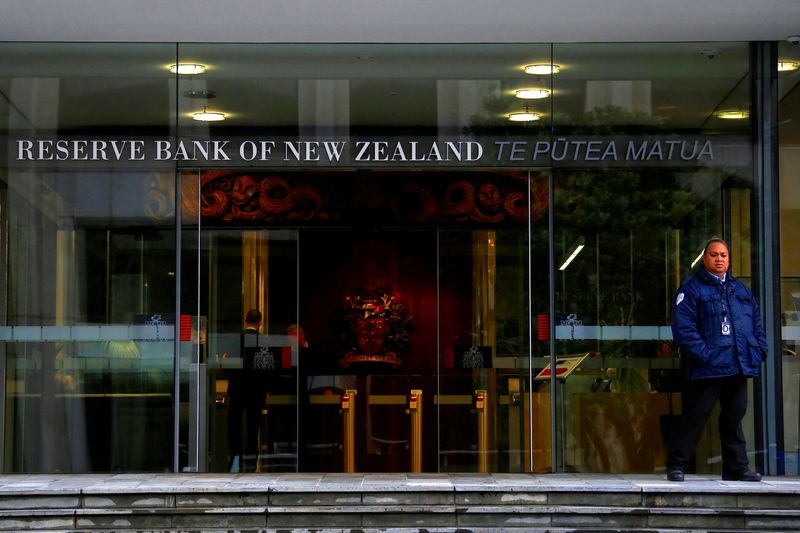 WELLINGTON (Reuters) -New Zealand's central bank is reviewing its recent performance regarding monetary policy, Governor Adrian Orr said on Tuesday, after criticism of its pandemic measures, and those of other central banks, figured in a recent report.

Inflation near three-decade highs is forcing people in New Zealand to grapple with rising costs and little wage inflation.

Orr's comments follow the release of a report by the New Zealand Initiative co-authored by former governor Graeme Wheeler that faulted central banks in areas ranging from confidence in their models to price stability and concerns on climate change.

The Reserve Bank of New Zealand's review would assess monetary policy and monetary policy tools and the impact on inflation and employment outcomes relative to targets outlined in its remit, Orr said in a statement.

"The decisions of the Monetary Policy Committee are always made with the information at hand at the time," he said.

Historic decisions would be considered in the context of information available at the time, relative to other central banks and likely alternative economic outcomes in the absence of such decisions, he added.

The RBNZ's performance review sits alongside the first five-yearly review of the central bank's monetary policy remit and was mentioned in June consultation documents, the RBNZ said.

In its report the New Zealand Initiative said central banks were too confident about their models and their ability to control output and employment.

They lost their focus on price stability, took on too many mandates and were distracted by political objectives such as climate change, it added.

"The economic and financial consequences of central bank mistakes will be serious and felt worldwide," co-author Bryce Wilkinson said in a statement.

In a statement, opposition party leader Christopher Luxon called for a public inquiry into whether the decisions of the government and the central bank had caused higher living costs.

Orr said he accepted the Monetary Policy Committee's decisions in recent years had influenced current inflation levels but added that climate change, Te Ao Maori, and aspects of financial inclusion did not distract from its task.

The New Zealand Initiative report will be considered in the bank's review.