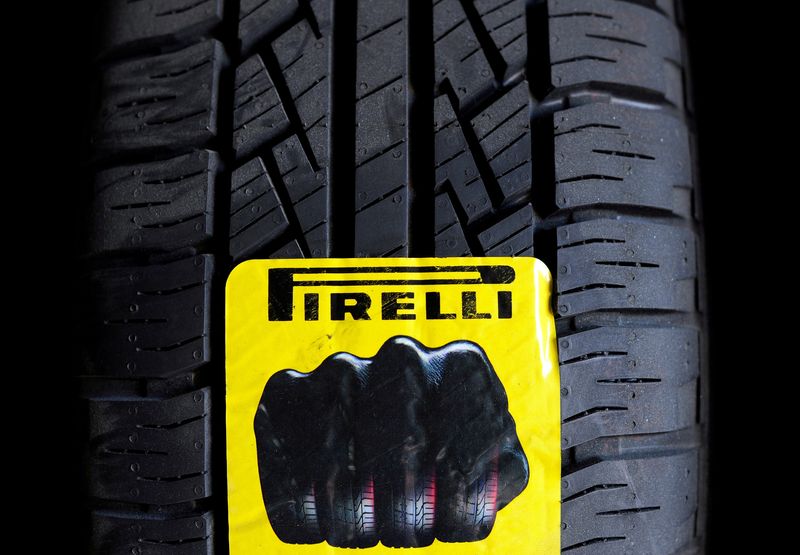 MILAN (Reuters) -Pirelli said on Tuesday it had sought alternative suppliers, increased stocks and shifted production since March to mitigate the impact of Russia's invasion of Ukraine.

Russia, where the Italian tyremaker operates two plants, accounts for around 3% of Pirelli's revenues and around 11% of its total car tyre capacity, especially in the standard segment, with about half of that intended for export.

Pirelli, which on Tuesday said its operating profit grew 35% in the first quarter, said previously it had halted investments in Russia, excluding those linked to security, and activities at its plants were being progressively limited and set just for the local market.

Among the measures to counter the effects of sanctions over what Moscow describes as a "special military operation", Pirelli said it had relocated production of standard tyres for European export to low cost plants in Romania and Turkey.

Measures also included a new credit line with a local bank to ensure financial continuity for its operations in Russia and a diversification of logistic service providers.

Despite an outlook darkened by geopolitical tensions, inflation and falling demand in China due to lockdown measures, Pirelli's adjusted earnings before interest and tax (EBIT) were 228.5 million euros ($241 million) for January-March, exceeding a company-provided analyst consensus of 217 million euros.

Pirelli said that increasing inflation and raw material costs were more than offset by price-mix and efficiencies, while a lockdown-led drop in Chinese demand was partly offset by a better business performance expected in North and South America.

But the manufacturer of tyres for Formula One and high-end carmakers such as BMW and Audi, trimmed its forecast for this year's margin on its adjusted EBIT to around 15%, after previously guiding between around 16%-16.5%.

"Further actions are being planned to improve this profitability target," it said.

However Pirelli slightly raised its forecast for its full-year revenues, allowing it to confirm a target first given three months ago for adjusted EBIT of 890 million euros. ($1 = 0.9489 euros)