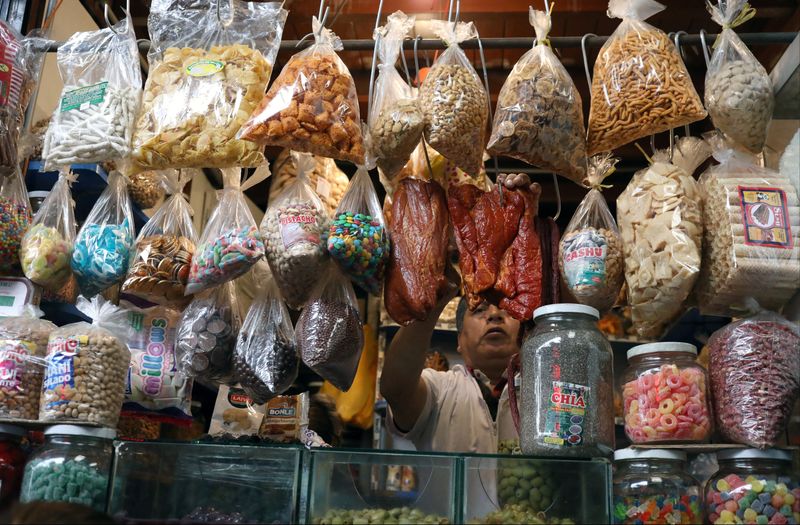 LIMA (Reuters) - Peru has ended 2021 with inflation of 6.43%, the highest rate in 13 years and well above the upper end of the central bank's target, the government said on Saturday.

The South American country, one of the world's largest producers of minerals, had an annual inflation target of 1% to 3% last year.

According to the National Institute of Statistics and Information (INEI), consumer prices in the Lima metropolitan region - which are seen as the national benchmark - were driven by higher food, fuel, transportation and energy prices in 2021.

Peru's central bank chief Julio Velarde said in December that the inflation rise came on the back of higher prices for imported goods and the depreciation of the local currency against the U.S. dollar.