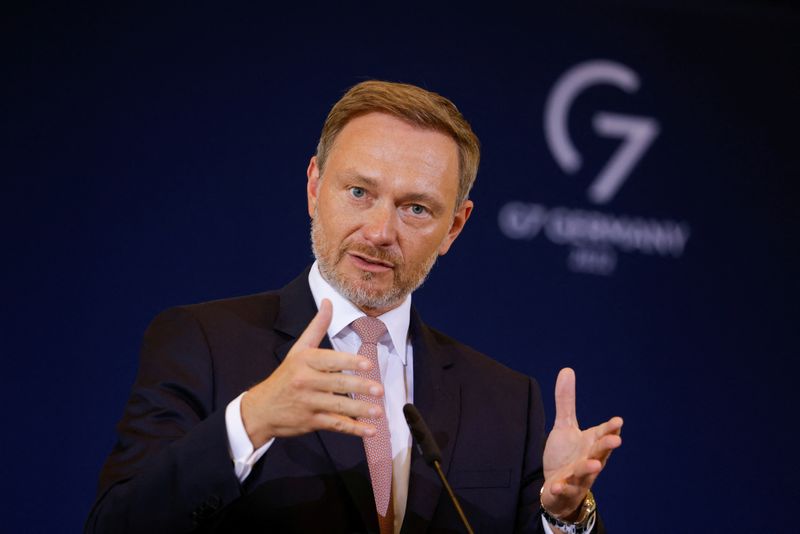 © Reuters. FILE PHOTO: German Finance Minister Christian Lindner addresses the media during a news conference after the country agreed to change its constitution to allow for a credit-based special defense fund in Berlin, Germany, May 30, 2022. REUTERS/Michele Tantu

BERLIN (Reuters) - Germany's federal government has reached the limit of its fiscal capacity, its finance minister said, with extra financing to cope with the coronavirus pandemic, the impact of the war in Ukraine and a climate fund having exhausted government coffers.

"There are no reserves in the 2022 federal budget," Christian Lindner was quoted by news website t-online as saying on Saturday.

He warned against granting further financial support before the autumn to citizens to offset the impact of rising inflation. "I advise letting the measures taken so far take effect," he said.

Germany normally operates its budget with a deficit limit of 0.35% of gross domestic product. It aims to reintroduce that rule, known as the debt brake and suspended since the start of 2020, in 2023.