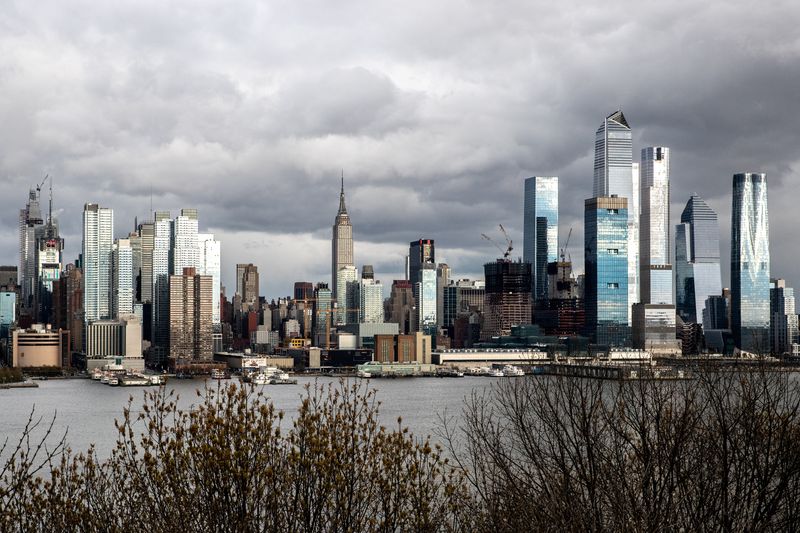 © Reuters. FILE PHOTO: A view of the New York City skyline of Manhattan and the Hudson River during the outbreak of the coronavirus disease (COVID-19) in New York City, as seen from Weehawken, New Jersey, U.S. April 18, 2020. REUTERS/Jeenah Moon/File Photo

Paris returned to the top 10 to replace Tokyo, but Moscow sank 22 places to 73rd as Western countries severed ties with the capital after Russia's invasion of Ukraine in February, GFCI said.

Britain's new Prime Minister Liz Truss wants to 'unshackle' the UK financial sector from rules which date to when the country was in the European Union in order to increase London's attraction as a global financial centre.

A new bill before the UK parliament in July sets out many tweaks to financial rules, but Truss wants to go further, signalling the government may scrap a cap on bankers' bonuses inherited from the EU.