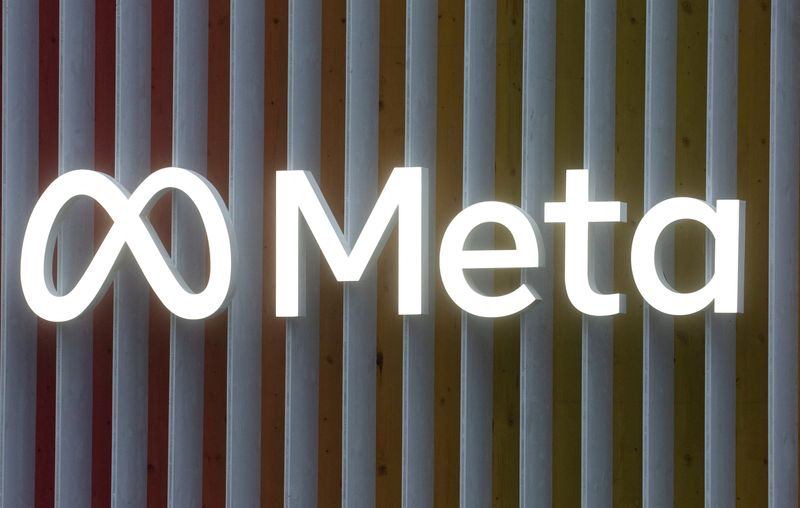 © Reuters. FILE PHOTO: The logo of Meta Platforms is seen in Davos, Switzerland, May 22, 2022. REUTERS/Arnd Wiegmann

Qualcomm (NASDAQ:QCOM) dropped more than 2% after offering a fiscal fourth-quarter revenue forecast that missed analysts' expectations as the mobile chipmaker braces for difficult economic conditions and a slowdown in smartphone demand.

Wednesday's slew of late-day quarterly reports came after the Nasdaq rose 4% to post its biggest daily percentage gain since April 2020.

Most of the Nasdaq's gains came after the U.S. Federal Reserve raised interest rates by 75 basis points, as expected. Some investors viewed comments by Fed Chair Jerome Powell as signaling the Fed's fight to tame decades high inflation could be done by year-end.

Data due out on Thursday will show how much the U.S. economy expanded - or shrank - in the June quarter.

Also after the bell, Best Buy fell 2% after the electronics retailer warned of a deeper-than-expected drop in annual sales, showing that consumers are feeling the pressure of inflation and higher interest rates, and curbing spending on discretionary items such as computers and TVs.

Teladoc (NYSE:TDOC) Health, the fifth largest holding in star investor Cathie Wood's Ark Innovation ETF, collapsed by 20% after the virtual healthcare company reported a quarterly loss of $3.1 billion, with almost all of that from writing down the value of its goodwill. That compared to a loss of $133 million in the year-ago period.