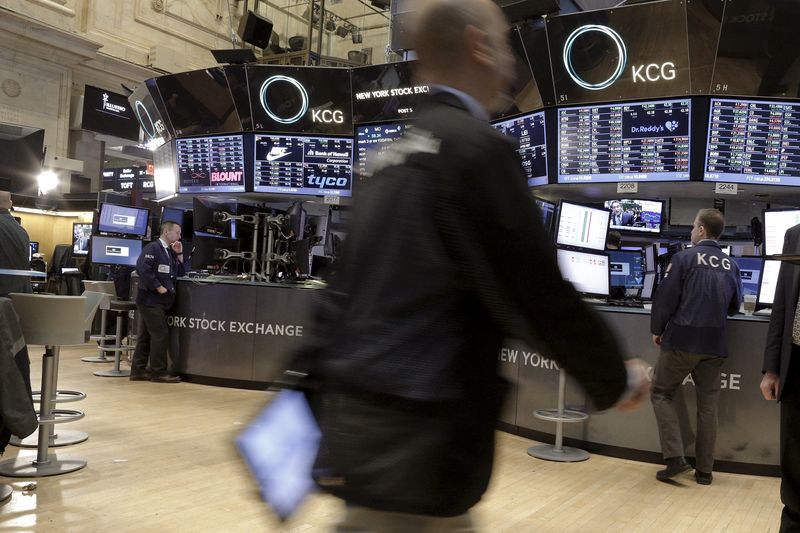 Investing.com -- Global markets stabilize after Monday's sell-off - except for crypto, which is still falling after breaking some key support levels. The massive settlement of claims against the makers and distributors of opioids is drawing near. IBM (NYSE:IBM) posts strong revenue growth as earnings season kicks into top gear, and China's biggest property developer lurches toward a possible default. Here's what you need to know in financial markets on Tuesday, 20th July.

1. Markets stabilize - except Bitcoin, which is still falling

Global financial markets have stabilized after Monday’s sell-off, which was caused by growing alarm at the ongoing spread of Covid-19 and its ability to derail the economic recovery worldwide.

The bellwether 10-year U.S. Treasury yield has however only risen 1 basis point from its overnight low of 1.18%, which represented a five-month low. The dollar index, meanwhile, has edged down 0.1% to 92.838.

While Asian stocks followed Wall Street lower overnight, the selling slackened toward the end of the session, and European stocks have bounced smartly.

Some risk assets remain under pressure: Bitcoin was down 5.3% at $29,711 by 6:15 AM ET (1015 GMT), having finally fallen through a support level at $30,000 that had withstood numerous tests. Other crypto assets posted even larger losses, with Ethereum and DogeCoin hitting their lowest in over three months.

2. Evergrande ever deeper in trouble

The shares and bonds of China’s biggest real estate developer fell to historic lows on mounting fears that the company will default on its debts of over $300 billion.

China Evergrande Group shares have fallen 23% so far this week, while its offshore and local bonds have hit record lows (Bloomberg cited its 2025 dollar bond trading at only 54c on the dollar).

Evergrande has previously been seen as ‘too big to fail’ and enjoying the implicit support of the Chinese state. However, many state lenders have stopped making new loans to it, something that has undermined confidence.

A default would likely trigger a sharp reassessment of credit risk in China, where the government has often talked about wanting to reduce leverage in the property sector, but repeatedly backed off tough enforcement.

Four companies accused of helping to fuel the opioid epidemic across the U.S. over the first two decades of the millennium are close to settling a suite of charges against them for around $26 billion, according to various reports.

Johnson & Johnson (NYSE:JNJ), Cardinal Health (NYSE:CAH), Amerisource Bergen and McKesson (NYSE:MCK) are all expected to agree to an outline of a settlement with state and local governments within the week, according to Bloomberg and The Wall Street Journal. The settlement will draw a line under proceedings that have been going on for over two years.

Plaintiffs will have several months to sign on to the deal, which will see compensation payments spread over 18 years, according to the reports. The shares of the four companies all rose in premarket trading in response to the greater clarity over their outlook.

Earnings season kicks into top gear, just as the world starts to worry that the current economic momentum may be as good as it gets. The mood in markets will be overshadowed by Apple’s announcement on Monday that it is pushing back plans to have its staff return to the office.

The day’s most eagerly awaited release, Netflix (NASDAQ:NFLX), only comes after the close. Before then, there will be updates from a broad cross-section of the economy, including Chipotle Mexican Grill (NYSE:CMG), United Airlines, Halliburton (NYSE:HAL), Omnicom and Philip Morris (NYSE:PM).

IBM stock will also be in focus after announcing its strongest revenue growth in years after the close on Monday. Mining giant BHP may also draw interest after shying away from plans to expand its production capacity dramatically. Warnings from European manufacturers such as Volvo, Electrolux and Kone about the extended impact of chip shortages may also find an echo.

Crude oil futures also rebounded a little in line with other risk assets as Monday’s sell-off played itself out. However, the sell-off in crude was even more savage than in equities: U.S. crude futures at $66.55 a barrel are almost $10 below their peak only two weeks ago. Brent futures meanwhile rebounded 0.3% to $68.80 a barrel but are likewise $9 off their peak.

At 4:30 PM ET, the American Petroleum Institute will release its weekly estimate of U.S. inventories. Last week’s number showed the smallest draw on inventories in five weeks, suggesting that the rebound in demand in the U.S. may be slackening in the near term.