Marketmind: This is how it sounds like, when the doves cry 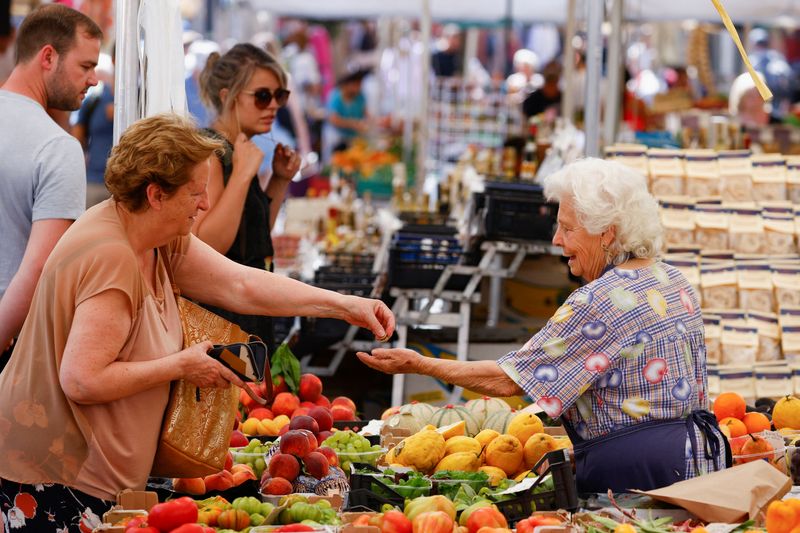 A look at the day ahead in markets from Julien Ponthus

Operation shock and awe: June 2022 will most likely be remembered as the month central banks finally decided to bring out the big guns to shoot down soaring inflation.

Within 48 hours, the U.S. Federal Reserve made its biggest rate hike since 1994, the Swiss National Bank raised its policy interest rate for the first time in 15 years and the European Central Bank announced fresh emergency tools to support the bloc's indebted south while it tightens monetary policy.

The Bank of England also rose borrowing costs for the fifth time since December and its benchmark interest rates is now at its highest since January 2009 even as the economy lurches into recession.

With the glaring exception of the Bank of Japan which has steadfastly stuck to its ultra-dovish policy, the hawks of monetary policy are now clearly running the show globally.

A quick look at the state of financial markets gives a pretty clear idea of, as late musician Prince used to sing, what it sounds like when the doves cry.

The yield of Germany's bund's at one point yesterday surged by a whopping 20 basis point, the Swiss franc jumped a rare 2% against the euro and a multitude of equity indexes confirmed a bear market.

All in all world stocks are heading for their worst week since the March 2020 pandemic meltdown as investors worry about the economic consequences of fast-rising interest rates.

Speaking of which, the Philadelphia Federal Reserve's manufacturing activity index got its first negative reading since the early months of the coronavirus pandemic and the outlook for the next six months was the lowest since February 2008.

Adding to the gloom, U.S. homebuilding fell to a 13-month low in May and permits tumbled, suggesting the housing market was cooling as surging mortgage rates reduce affordability for many first-time homebuyers.

Key developments that should provide more direction to markets on Friday:

- Shanghai's economy shrinks again in May but at slower pace