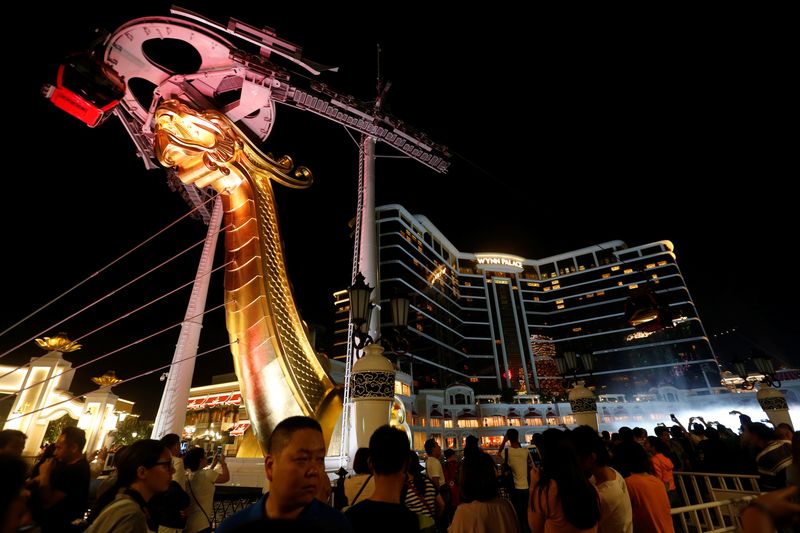 The 55-page document, released in Portuguese and Chinese on the legislature's website, comes as the government is due to formally sign a six-month licence extension for casino operators on June 23, local broadcaster TDM reported.

The moves are expected ahead of casino license expirations due this month. The extension, to Dec. 31, allows more time for a highly anticipated rebidding process in the Chinese special administrative region, the only place in China where gambling in casinos is legal.

Macau's casino bill, which marks the biggest reform in two decades for the former Portuguese colony, will likely be approved by lawmakers this month.

The final version is similar to an initial draft first circulated in January but clarifies that casino tax on gross revenues will increase to 40% from 39%, although the chief executive has discretion to reduce it by up to 5% if operators succeed in attracting non-mainland Chinese gamblers. [L4N2TY23L]

Casino operators must have 5 billion patacas ($618.43 million) in cash at all times during the 10 year license period.

All operators will also need to pay 47 million patacas ($5.81 million) for the extension.

Macau's government did not immediately respond to requests for comment.

In 2019 Macau raked in $36.5 billion from its casinos, more than six times as much as the Las Vegas strip.

Since 2020 however Macau's casinos have been hurt by coronavirus travel restrictions, which have curbed visitors, and crackdowns on the opaque junket industry.

Beijing, increasingly wary of Macau's acute reliance on gambling, has not yet indicated how the licence rebidding process will be conducted.